AdynastyO_Von: “FBAM: Fly By Any Means” – too ambitious to fail!

Rappers often project alter-egos and archetypes as a framing device for lyrics. It allows them to write about anything, from any perspective, and blur the line between fact and...

Rappers often project alter-egos and archetypes as a framing device for lyrics. It allows them to write about anything, from any perspective, and blur the line between fact and fiction. AdynastyO_Von, a recording artist and illustrator from Norfolk, VA has emerged to establish himself as a man who rose up from the underground to become king and takes you on a dark, scintillating journey with his first solo studio project “FBAM: Fly By Any Means”. With his clever use of the first-person past tense, AdynastyO_Von rhymes read like a testimonial from the underworld, enhancing their effect. He creates dissonance between his actual self and his stage persona in order to become a character in his own stories. 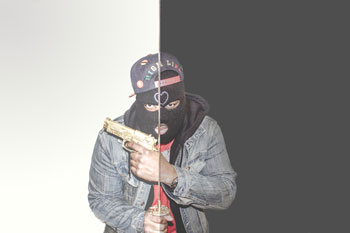 “FBAM: Fly By Any Means” is a deeply considered collection of top-shelf beats and uncompromising-though-still-pop-enough raps that enhances the personalities and stories driving it, which is fascinating. All the production, soulful melodic tunes and wordplay brought to the 17 tracks which move from edgy hip-hop rapping to smooth R&B singing contribute to make this record too ambitious to fail.

AdynastyO_Von, has made a solo project that exposes all of his talent which goes far beyond the typical urban music idiom. If AdynastyO_Von can keep this level of quality up throughout his forthcoming main event album “PHXCK GXXD”, dropping in August, he’ll have the album of year too.

I’m not sure about the beats; whether AdynastyO_Von makes them himself or if he searches for a certain type of beat, picks and prunes until he gets the ones he likes, and then draws out their best qualities with his writing and performance. Either way the equation works, because whether his singing or rapping these beats fit each song like a glove.

AdynastyO_Von doesn’t have any trouble navigating these off-kilter soundscapes as he sounds like one of underground hip-hop’s better writers, capable of unreeling complex, nested references and sharp one-liners in equal measure. Especially impressive in this sense are: “Hustle 101”, “Make Me Kill You One Day”, “I Am A Sinner” and “Love On Repeat”. 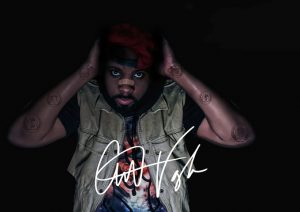 Other cuts on the record continue to convey AdynastyO_Von’s commanding lyrical ability, as he so delicately incorporates multisyllabic rhyme schemes. And when he needs to step up the vocal requirements, he forges some scorching melodies on the upbeat “Summer Time Pretty Girl”, and the slow burners, “It Follows” and “Found Out”.  AdynastyO_Von has unwavering confidence in his own skill and no fear for anyone claiming to be anything even remotely resembling an adversary.

With his debut, the emcee and singer stakes a claim for the respect he feels he’s earned. And “FBAM: Fly By Any Means” should earn him respect amongst those who truly care about his craft as a part of the hip-hop culture, and at the end of the day, those are the people he made this album for anyway. AdynastyO_Von’s need for respect is fueled by his desire to be the best, and hopefully that desire pushes him to continue to churn out great music.

Sarantos: “Above The Clouds” is perfectly executed