Daisy Clark: “World’s Away” – a wonderful torch song lit up by impassioned vocals

Daisy Clark is an 19 year old singer songwriter from Newquay, Cornwall on the English South Coast who has been performing at many top festivals and venues on the... 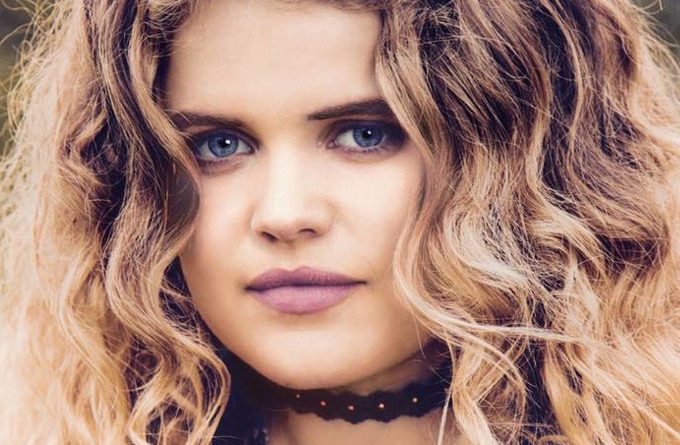 Daisy Clark is an 19 year old singer songwriter from Newquay, Cornwall on the English South Coast who has been performing at many top festivals and venues on the South Coast. Viral success has steadily allowed her profile to reach international shores. Much has been made of how world communication has been achieved through technology and the easy movement of information on the internet. Daisy Clark could be said to have benefited from this, finding early notoriety on YouTube with numerous videos of her doing famous covers since about 4 years ago.  Now after a few years of guerrilla videos, Daisy has released her debut single, “World’s Away”.

Catchy but brooding, her acoustic driven pop is impressive; the arrangement has lots going on, making this contemporary now, and possibly even in a few years’ time.  “World’s Away” has a great smooth hook of a chorus which Clark glides through seemingly effortlessly, as she narrates her upbeat and heartfelt love dilemma.

The track sets the seal on an eclectic mix of talent and grit; this is a wonderful torch song lit up by an impassioned vocal with no recourse to any histrionics – which is a tall order, considering the melodramatics her contemporaries are delivering.  Daisy Clark’s vocals are beautiful.

Her general style is full pitched which makes her voice sound sweet and inviting, with a slight husky edge. Strength and power are traits that flow through her vocals when needed, so do not discount this; Daisy has mastered her voice – she knows how to control it very well.

Her debut single beautifully encapsulates her 19 year old self, relatively new to the music industry and beginning to explore her own sound. Right from the start, it is evident how much Daisy Clark has grown and matured in the space of just a few years.

The impact of “World’s Away” is powerful, with complex structures and deep lyrics. Her voice gives her an element of maturity that enables her to pull off this song wonderfully. Throughout she remains in complete control of the song, and carries it through with ease and grace.

Daisy Clark – although not stating that the song is in any way autobiographical, or at least I haven’t read as much – seems to have taken thoughts and emotions from her own experiences and poetically twisted them into a beautiful song. Or how else would it reek of such honesty?

Jason Miller: “Poundtown” – plenty of bang to go with the bass!