Dean Richard: ‘Summer’ is a keeper!

Dean Richard is a Blues-Rock and Country singer, songwriter, multi-instrumentalist, and producer based in Waukesha, WI, where he plays clubs and shows regularly in and around the area.  ‘Summer’...

Dean Richard is a Blues-Rock and Country singer, songwriter, multi-instrumentalist, and producer based in Waukesha, WI, where he plays clubs and shows regularly in and around the area.  ‘Summer’ his newly released album, is his third studio album of all original songs since 2012. Dean wrote, sang, mixed, and produced the songs on the album. Music tracks were recorded in Nashville at Longhollow Sound with some of Nashville’s finest studio musicians, and then Dean’s vocal and instrumental overdubs were done at his studio in Waukesha.

Dean Richard is at the point of his career where anything can happen.  He started small while gradually building up to what seems like a fairly busy career.  With a loaded catalogue of music, it was expected that Richard would either put out a record of the same magnitude as his past works or release something surprising. He chose a blend of both routes, adding a stronger country flavor to the track selections.

With a cast of solid band members Dean Richard keeps everyone stimulated with his performances.  The album gives off various introspective themes throughout its course, but there are plenty of catchy uptempo chord progressions, emphasized sing-along choruses, and all around star quality songwriting. Not to mention the delicious guitar licks which worm themselves into many of these tracks, the best of which are to be heard on “Kathy’s Song”, “Take Me Home”, “Love Is A Liar”, “Trouble”  and “I’m Just Alive”. 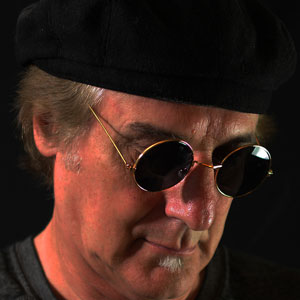 Richard is able to display his sincere storytelling on “Driving Through The Storm,” while he picks up the pace with the smooth and uplifting “Be With Me”. Another infectious tune is “Perfect” and “Smoking” is an added gem.

The highlight track on the album could so easily be, “One Precious Life,” where Dean Richard really tugs at the heartstrings, as he pays a moving homage to the simple wonders of being alive. This song is worth the price of the album alone.

Overall, Richard’s latest album is a keeper. Fans and listeners will be afforded the opportunity to see his diversity as a country flavored recording artist. Though to be honest the blues undertones resonate strongly on some songs… especially via the fiery guitars solos which are all blues-based. Dean Richard is truly a talented musician. His songwriting is second to none, and his gift for melody and tone are outstanding.

The sound on ‘Summer’ suits Richard well and fits his expressive singing and lyrical style. These songs are not boring retreads of old blues riffs, though blues riffs abound. There’s a variety of tones and tempos, from gentle country balladry to more thumping blues-rock. ‘Summer’ is every bit the album I was hoping it would be when I first pressed play, and it is a welcome addition to Dean Richard’s growing catalog.

Those who would dismiss it merely on the grounds of the hillbilly stigma associated with country music are truly missing out. Dean Richard offers an excellent twist on the genre here – the guitars are crisp and his voice sounds good. Grab a beer and turn it up.

The Mumford Music Experience: “On the Way Home” – fills the spirit