Z Quest are about to launch their second album “0|1”, featuring 7 new instrumental tracks, composed and recorded by the duo consisting of Adir Benezra and Galor Taite at... 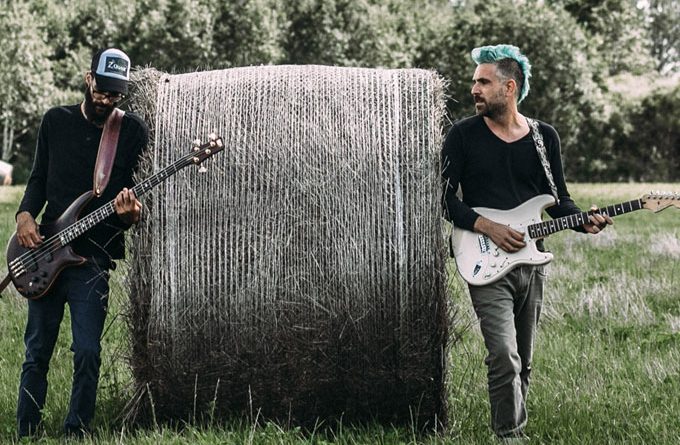 Z Quest are about to launch their second album “0|1”, featuring 7 new instrumental tracks, composed and recorded by the duo consisting of Adir Benezra and Galor Taite at “Space shack studio”, over the past year. As time moves on and people change, so do the trends of the world. The electronic music scene is a clear sign that trends constantly evolve. Once an underground scene with a sound that kept it mainly unnoticed save for a few surfacing trends became more and more accessible in style as producers found ways to implement it into quicker, louder, and flashier music. This was the birth of the polarizing sub-genre known as EDM.

Z Quest fall on this side of that subgenre, as they dish out a more cerebral type of electronic music, at times infused with progressive and alternative rock trends. With artists abandoning this style of genre in lieu of Top 40 leanings, or fading into complete obscurity there doesn’t seem to be anything else left for this blend of music.

Except for the Israeli duo of Z Quest, of course, who manage to combine the essence of crossover sparkle, with just the right blend of elements.

The brainier, more intricate side of electronic music is evident in “Driveby”, the latest track from their upcoming album “0|1”. Clean fades, interesting juxtapositions, and beat changes are frequent techniques, while the duo pull the track apart and then build it back up, never content to simply bring the music to an ecstatic peak and head-bang the stereo.

The track comes off much louder and more electro-centric than their previous efforts, but then an eerie melody enters, heavy with bass support, hijacking the stereophonic field, and accompanied by ethereal synths.

As always, Z Quest manages to establish their own unique musical voice with their sound, by introducing tones of familiarity accompanied by thrills of experimentation. Those who take a deep listen, will find that Z Quest have a lot to offer in an entirely new zone of music and will find an incredible amount of enjoyment from the insane arrangements that this duo is able to cook up.

Sometimes they do this is in what seems like a simple, straightforward and understated way, as it appears with “Driveby”. In reality though, the listener is propelled into an otherworldly electronic symphony that transitions from dark eccentricity to ethereal beauty. “Driveby” is a sonic diamond to be revered in all its brilliance, depth, and multi-faceted splendor.