Russell Menez aka A-Rushh, a Filipino-American music artist based in Los Angeles, California, desired a career in music since his high school days. He eventually broke through with his... 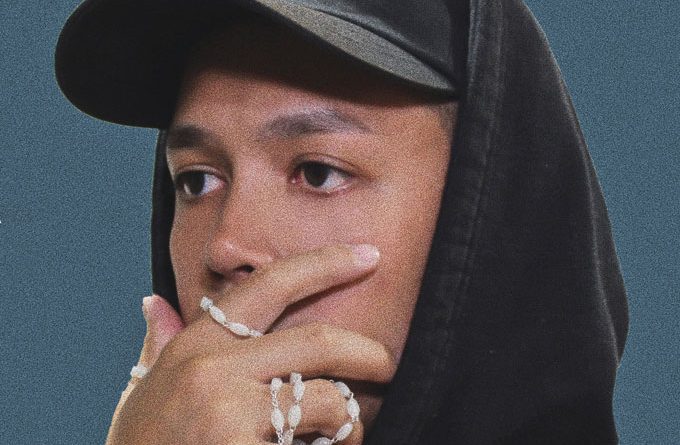 Russell Menez aka A-Rushh, a Filipino-American music artist based in Los Angeles, California, desired a career in music since his high school days. He eventually broke through with his 2015 “Toast to the Good Life” mixtape, and has had his music played on radio stations across the globe, as he works his way towards touring, inspiring and making a lasting impression with his craft. On September the 8th A-Rushh will drop his brand new EP, “Eternally Proud” via Big Kuya Entertainment, on all major streaming platforms including Apple Music and Spotify. The artist explained that “Eternally Proud” pays homage to his youngest sister who passed away in her battle with cancer last year. Two songs form the 6-track EP has already been released to the public, namely “Good Side” (feat. Breana Marin) and “Call My Name”.

Armed with a solid array of technical gifts and a vivid storytelling approach A-Rushh gives us a comprehensive look at the amount of his raw talent and tenacious honesty, on this recording. Though not billed as a concept recording as such, “Eternally Proud” does have something resembling a common theme running through its foundation as the narrator examines various aspects of his life experiences, especially his relationship with others.

A-Rushh toys with every register of his of elastic voice and blazes through double- and triple-time flows like they’re nothing on this EP. But just as impressive as all that is, he knows how to use his technical gifts, adjusting his cadence in order to get the utmost out of every line.

“Good Side” (feat. Breana Marin) represents a perfect example of A-Rushh’s variable delivery. The song is also blessed with a soulful hook sung by Marin and an expansive, all-embracing soundscape. The track also finds the rapper making sure every syllable is perfectly audible. It’s hard to get enough of such virtuosic control.

There are songs here that, put more emphasis on storytelling and atmosphere, than hooks, or commercial potential. While there are others that execute all the above elements to potentially guarantee endless airplay.

The EP also includes a track that makes stunning use of a sampled Simply Red mega-hit. It is swathed in tight bass ripples, wafting background vocals, and twinkling piano-taps, which are completely pristine. Each song here, though intrinsically different lyrically, is inexhaustibly committed to the EP’s global vision and story-line thread.

A-Rushh delivers the “Eternally Proud” EP – almost always in respect to the memory of his sister – like a powerful statement of the reality of his existence – driven yet humble, angered yet excited, frustrated yet joyful, reflective yet audacious. If a little more than a handful of tracks can say all that about a life, you can no doubt imagine the amount of embracive narrative A-Rushh has squeezed into each and every bar here.

The musical atmosphere combined with the thought provoking and well- executed lyrics, make this project more than just a collection of songs. With this release, A-Rushh shows that quality independent music can be released with maximum effort and mastery.

He also raises the bar a bit higher, for himself, and for fellow rappers. With the “Eternally Proud” EP, not only does A-Rushh give listeners something utterly worthwhile to listen to, but this recording proves that he’s arrived as a complete artist and person. On September the 8th go and check this one out!

Novel “Hooly” The Goat is on autopilot from the jump here!