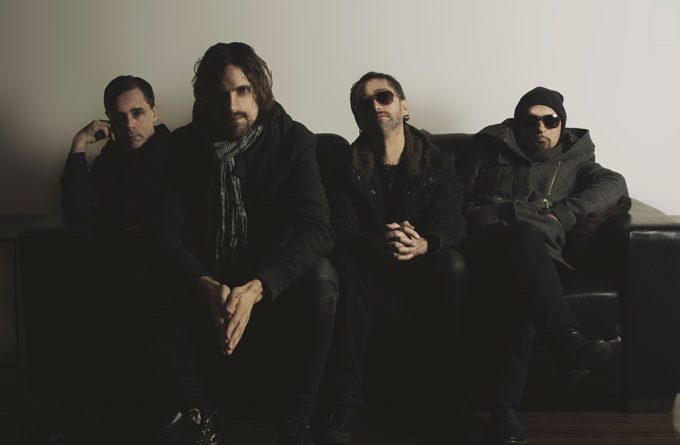 Signed to Cultivator Records in 2015, a year after they formed, Glenn Patrick (Vocal, Guitar), Gerry Leigh (Guitar, Vocals), James Leigh (Keyboard, Bass) and Vince Leigh (Drums), comprise the electro-rock band, Collegians, who have just dropped their debut single “Vaccine”. A supporting video for song as well as new album is also on the way. This track explodes into life like a mega-anthem. A work of atmospheric, pounding art, this is the song that most definitely starts all the hype that will be coming during the following months. Hypnotic vocals, a driving rhythm and some crazy synthesizers make this song a serious contender for any ‘Track of the Year’ award. “Vaccine” is a song that if it catches you in the right mood can leave you breathless and exhilarated. Worth checking out by just about anybody. 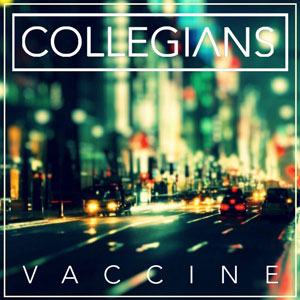 You can see where all the Muse and Linkin Park comparisons are coming from, but somehow the Collegians turn their influences into something fresh and fascinating. Their immediately accessible sound will presumably bring constant waves of acclaim, impressive chart positions and high-profile arena tours and festival slots handed to them on silver platters.

As such, their addiction plot is narrated through suitably grandiose means, with colossal swathes of keys and pounding guitars that back Glenn Patrick’s huge vocal power. Big, sweeping momentum is what Collegians do best at, and the results of sticking to that are particularly impressive here.

It’s hard for me to fault anyone for their ambition alone. Personally, I find it intriguing when an artist or band sets out to create a lavish, large-scale body of work and does manage to take their first steps in such a bold direction. To say that Collegians possess ambition would be a stunning understatement. It’s not terribly often I come across modern rock that is as epic, as any given film score, in its intent to convey a story and mood. It’s here that I came to love this debut release from the Melbourne (AUS) based band.

Collegians don’t just put together a couple of resonating chords or catchy chord progressions to draw your attention. They’re actually composing a 4 minute mind-movie and soundtrack with a powerful narrative. They don’t as much occupy your mind, as blow it! Collegians are a band of astronomical talent, and “Vaccine” encompasses a rich stockpile of sounds.

The track is catchy and orchestrated to perfection; the production is flawless, and the band is at the upper echelon of their craft. The overall music and lyric writing done here is inspiring. Everything that the Collegians pull together on “Vaccine” is insane on both of those levels.

Trashionality: “Who Are My Enemies?”set to drop on the 30th of September!

LELA: “Without You” flows with true flex and skill!