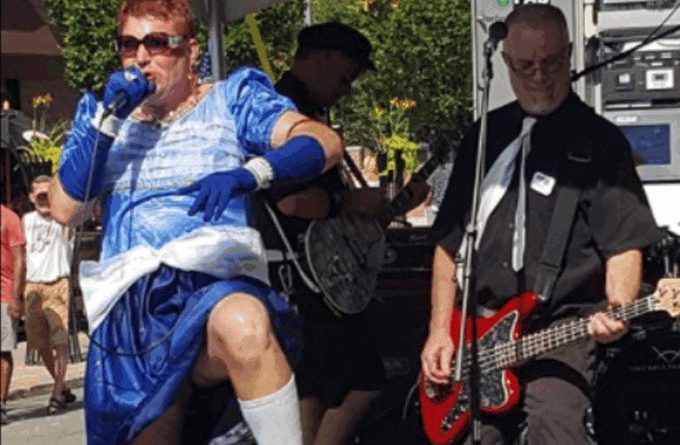 Methmatics are a 70’s Punk Rock band based in Columbus Ohio. The members are Chris Price (Vocals), Byron Weaver (Bass), Stu Johnson (Drums), Joey Yates (Guitar) and Billy Zoom (Guitar). We viewed a live concert of the band in Pittsburgh Pennsylvania on August 25th 2017, and we can say that Methmatics is undeniably one of the more important punk rock bands on the live circuit right now. Whether it be the raw ferocity, the retro sound that pioneered the genre of hardcore, or the way they push genre boundaries by playing different speeds to the usual punk pace. Their influences seem to blend underground punk, and sometimes heavy rock, due to their bone-crushing guitar work. 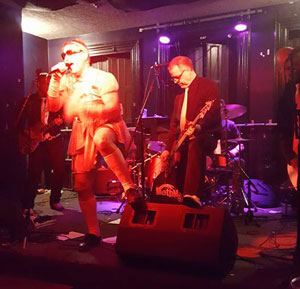 Instead of opting for straightforward rush hour tempos or poor impressions of other punk bands, Methmatics simply make powerful, ass kicking music at any speed. It’s not all conventional though, with the guitarists utilizing a rather different approach to guitar playing than most of their fellow punk rock guitarists.

Methmatics uses lots of individual notes and solo techniques instead of just power chords and fast picking. The songs of course are based around power chords, but they often do breaks of different notations, which would normally be considered too complex for punk rock.

That said, every musician does their job well here, with Stu Johnson forging steady, seamless drumming, Byron’s bass playing is aggressive and to the point, and Chris Price’s singing is typical of both punk and rock, which fits in perfectly with the overdriven guitars this band deals out.  Oh, and Price has a dress code that is out of this world, which will surprise hardcore punk fans who do not yet know the band. 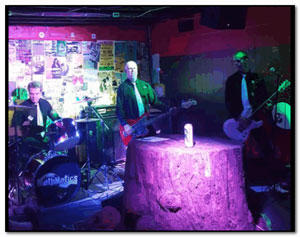 It surprised me during the first song, but by the second track I was blown away and so taken up by the intensity of music to even notice who was wearing what. They could have been performing naked for all I care. But’s it’s definitely a talking point, I won’t deny that.

All the songs during this live show are performed well, having a definite punch to them, and feeling raw and unadulterated, the way rock n’ roll was meant to be. So overall, this is certainly a solid performance by Methmatics, as well as a decent starting point for newcomers to the band.

The production has its pros and cons, but we’re in a live recording situation, and in this case, I don’t think the sound brings down the quality of the performance at all. The songs showcase the instruments, and the vocals, as well as the gritty intensity of the band’s performances. Hence the final product delivers its message – this band kicks ass!

Montreal Whitmore: “Take It Back” – built on a foundation of a masterful melody and all-embracing instrumentation