If you like your roots rock crooned by a velvety voice, kissed by occasional harmonica and spiced with blues flavor, then the latest The Jay Kipps Band singles are...

If you like your roots rock crooned by a velvety voice, kissed by occasional harmonica and spiced with blues flavor, then the latest The Jay Kipps Band singles are just your style. The genre-defying Canadian-based band delights us with these tracks before the release of their upcoming album “How To Polish Your Long Horns” produced by Stewart Gunn and recently recorded at Wildlife Sanctuary Sound. The Jay Kipps Band is made up of Jay Kipps (Vocals, Harmonica, Guitar), Chad Burford (Lead Guitars), Chris Lubker (Bass, Backup Vocals) and Cory Bruyea (Drums).

The singles, “Rotten Apple Blues” and “Everyone But Me”, forge stunning melodies, heartfelt lyrics, beautiful arrangements and sweet harmonies. In a world where many bands chase commercial and mainstream success and attention, The Jay Kipps Band march to their own drum as they go about blending various Americana roots sounds. “Rotten Apple Blues” and “Everyone But Me”, feel like the perfect pairing of songs from a bygone era with some harmonica reminiscent of the roaring 60s.

Always in pristine voice, chief songwriter and lead vocalist Jay Kipps is without a doubt the focal point of this project, and he showcases it on “Rotten Apple Blues”, a song which feels both melancholic and hopeful, harmonic and just blissful.

The rest of band however, shows off its personality within each song here, a personality that is genre-bending and both looking at the past and future at the same time. The Jay Kipps Band distance themselves from the pack as a singular entity on the modern musical landscape. It is the band’s ability to blend sounds of multiple genres into a cohesive recording that makes these such enticing singles. 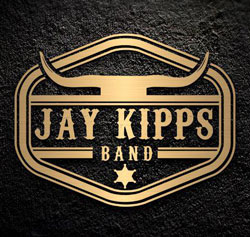 “Everyone But Me” has a hard-nosed blues-rock attitude that consistently comes through in the bands performances, channeling an energy and a gleeful disregard for musical boundaries that is the hallmark of the The Jay Kipps Band’s music.

Within a wall of bass, drums and harmonica, the slow-burning rocker serves to shine a spotlight on the voice of frontman Jay Kipps as well as lead guitarist Chad Burford, who keeps his bluesy six-string interludes fiery and soulful.

The singles, “Rotten Apple Blues” and “Everyone But Me”, has plenty to recommend, both for fans of The Jay Kipps Band and for newcomers who might wonder what all of the fuss is about.

It’s been kind of hard for me to write this review; I mean, what do you say when the songs represent such gorgeous perfection that you’re afraid that any amount of verbal bombast would be too much and too little at the same time, when all that truly needs to be said is “Download this!”