Reckonize Real & Moka Only: “VIBES” – from the essence that is hip hop

The new EP, entitled “VIBES”, from Reckonize Real & Moka Only, represents the results of a weeklong jam session. The collaborative effort managed knocked out a song a day,... 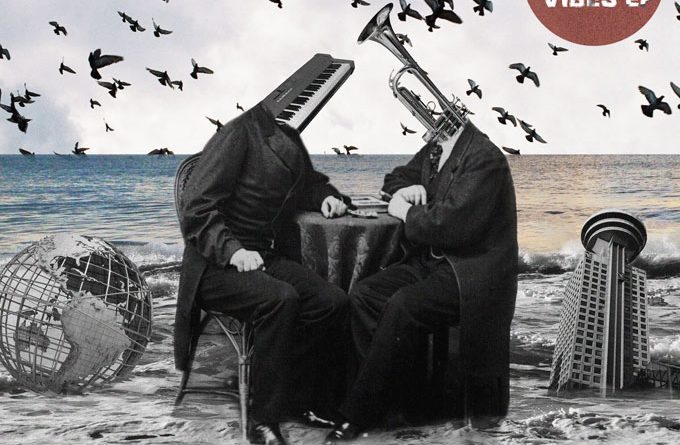 The new EP, entitled “VIBES”, from Reckonize Real & Moka Only, represents the results of a weeklong jam session. The collaborative effort managed knocked out a song a day, for a week straight. Moka is a veteran emcee from Vancouver, BC. Reckonize is an up-and-coming producer/beatmaker from Queens, NY. The two came together in what played out like a 7 day file transfer jam session. Reck sent a big batch of jazz, lounge and soul influenced beats, then Moka knocked out a song a day, for 7 days straight. Emcee Moka Only, armed with only a Shure58 microphone, set himself to work on the soulful and jazzy soundscapes crafted by producer Reckonize Real, and came up trumps with eight sizzling tracks mixed by Mario Lafleur at Quantum Music and mastered by Blanka at Kasablanka Mastering.

Freshly released on the 22nd of September 2017, the recording speaks from the essence that is hip hop, and examines Moka Only’s current state of being, some memories from the past, and the diversity of experiences around him. Overall, Moka Only makes his case for us to continue to show respect to the grind, and to proclaim that one can create his own reality with his own mind. And if you’re curiously wondering why there are eight tracks in a seven day week, well track 8 is a remix of “Damn It Feels Good” by L’Orange (Mellow Music Group). 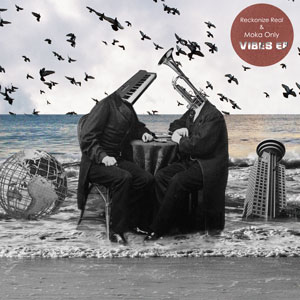 From the opening song, “Strange Behavior”, the Vancouver poet hits the listener with a raw, old school hip hop flow over a harmonic, bass driven background. The track serves as an instant head bobbing intro and a triumphant entrance for the emcee. Stylistically, Moka Only delivers each bar almost as one presents a cypher, particularly with an infectious and passionate sound.

The overall presentation is directly associated with boom bap rap, and allows the listener to digest each and every lyric. The formula is more intensely repeated on “Overtime”, where producer Reckonize Real rolls out sprawling jazz piano lines to ignite the insistent percussion.

By the time we hit “Same Ol Song”, Reckonize Real & Moka Only has already shown us what hip hop is still missing, and teaches that the power inside all of us is within our own minds, and that’s all it really takes to pump out a quality song a day, if you put yourself down to it.

Reck’s beats are sometimes ambitious, often damn good, and almost never offensive to the ear, and they are, frankly, smooth as hell. And for an album that constantly showcases itself as being real hip-hop, Reck’s backdrops for Moka Only’s all-embracing rhymes, sound perfectly comfortable, and reaches its zenith on “Damn It Feels Good” and “Can’t Keep”.

This man at 43 now, packs more storytelling wisdom into a single verse than most rappers manage over the course of their entire careers. “VIBES” is 8 tracks of music, no interludes, no intros/outros not even any “filler tracks”, and every verse has a message of its own. Appreciating Reckonize Real & Moka Only simply requires taking hip hop seriously and understanding what they’re attempting to do, the rest comes naturally.