The Johnny Mac Band: “Ace” – a deeply satisfying album with plenty of variety

“ACE” is an outstanding album. The lyrics, musicianship, and production are top notch. It’s a heart-rending, wailing, searing Rhythm & Blues album with an Island sounding twist, like they just... 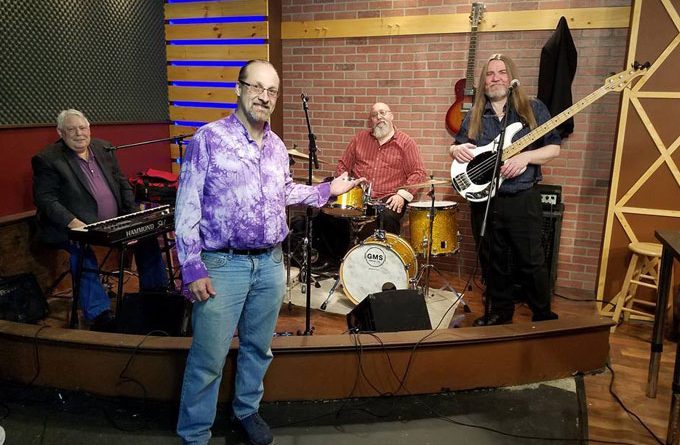 “ACE” is an outstanding album. The lyrics, musicianship, and production are top notch. It’s a heart-rending, wailing, searing Rhythm & Blues album with an Island sounding twist, like they just rarely make anymore. I needed a good throwback sound right now and nobody does it quite like The Johnny Mac Band. Johnny Mac on guitar and vocals, helms the band with founding members Dave Ice on bass and backing vocals, and Ray Hauck on drums and backing vocals. The addition of Joe Roberts on keyboards and backing vocals completes the brand new configuration and refurbished package. I highly recommend these fellows to anyone who likes adult orientated music – meaning you can understand the words, and the musicians know how to play real instruments.

On “Ace”, The Johnny Mac Band works from multiple musical angles while also bringing into focus the ability to translate their devotion to their craft into richness of expression. The refined simplicity of the band’s writing comes through in “Om Badi” as its plaintive melody gently exposes the rhythmic island beat – a rumination smoothened by its lilting tune and Mac’s subtle vocal shadings, which are cushioned by the sweet harmonies. 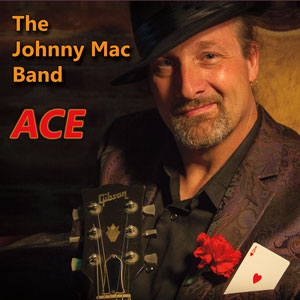 When Johnny Mac’s vocal attack grows inflamed during the upbeat “Making Changes”, the sweeping “Groove Machine” and the funky lead single “Ace”, he tugs on the melodies with confidence and bravado while his vibrancy is made suppler by the seasoned grooves being driven beneath it, courtesy of a bunch of seasoned musicians.

There is, as you’d expect, a couple of big ballads in the batch;  so the verses of “Part Time Man”, “Waiting” and the mid-tempo’d “Goodbye Orlando” build in quiet agitation until Johny Mac powers his clear, rippling voice to the high notes, buoyed by the meticulously constructed swell of guitars, keys and an obliging rhythm section.

The Johnny Mac Band is made up of a crew of fully grown men, hence it’s clear they’re making the music they want to make and not pandering to record labels or market trends. And that sense of comfort in their songwriting and performances comes shining through the tracks on this album.

Having said that, the true characteristic of any artist is that of being creative – and on “Ace”, The Johnny Mac Band create some intriguing and emotional music, without sounding like they want to reinvent the wheel. From the opening grooves of “Making Changes”, you can tell that this is going to be a satisfying record to listen to. The tones of the album are intoxicating, and that trend continues all the way through the recording.

The Johnny Mac Band paves their own path and stay true to their artistic instincts. There’s no attempt here to jump on any contemporary music bandwagon. The end result is a deeply satisfying album with plenty of variety, strong soulful vocals and more than a few foot stomping moments along the way. Chalk this album up as a triumph!

John J: “Pain to Power” – likely to rank among the best of the year!

Plastic Barricades: “Mechanics of Life” brings a number of masterstrokes!