In 1990 Ed The Red AKA Edward Goltsman started his own label, Bottom Line Records, that quickly became a household name among the lovers of classic 90s House Music,... 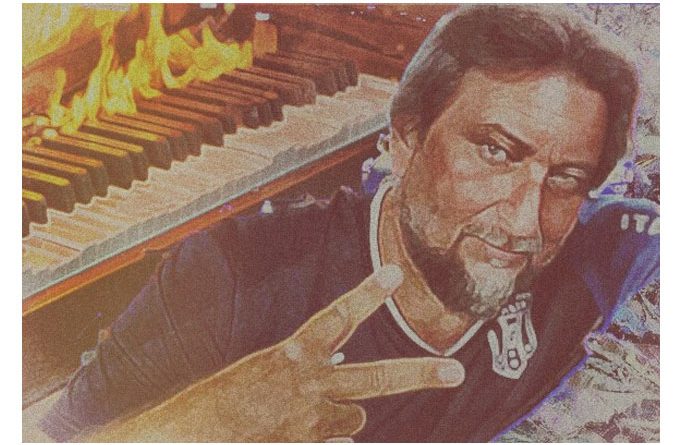 In 1990 Ed The Red AKA Edward Goltsman started his own label, Bottom Line Records, that quickly became a household name among the lovers of classic 90s House Music, releasing tracks that became the embodiment of what 90s soulful, jazzy, deep house music was all about. Ed’s tracks were consistently featured on the play lists of top Djs like Tony Humphries, John Robinson, Louie Vega, Timmy Regisford, Doc Martin and many others. In 2016 Ed decided to bring Bottom Line Records back and since then he has had 5 consecutive top 10 hits. For his latest release “Red Dream (Delicious Nightmare Mix)”, Ed decided to turn towards the respected New York label, Eightball Records.

“This track came to me in my dream” – says Ed, hence the name of the track – “Red Dream”.  “For me this was a dream”, continues Ed, “but for the rest of my family a little bit of a nightmare since the thumping bass kept the walls of my house vibrating all night long!” he laughs. House music was once defined to a large degree by the bumping, perspiring sound of a groove obsession that captured the frustrations and desires of a generation.

This was a time when bumpy beats and ass shaking rhythms were the order of the day. Currently we’re stuck with EDM’s vocal lullabies, more geared towards making the Top40 mainstream radio charts, than bouncing booties across a dance-floor.

Hence when a house track like “Red Dream (Delicious Nightmare Mix)”, hits the speakers, it’s time to rejoice. Listening to the production on the track, it’s easy to see how Ed The Red manages to stay both relevant and true to his craft.

He provides a beat that sticks close to a disco-ish four-on-the-floor, but he also inserts tight little rhythmic tics in-between that subliminally nag at the listener in a way you can’t help but move to, even if you’re just listening to it as background music while doing something else.

Take that sturdy rhythmic backbone and add a refined taste for subtly telepathic melodies, by way of instrumentation or sparse vocal interludes and you start to see what it is about Ed’s approach that allows him to continue to carve out a place within the house music dynasty.

Ed The Red’s twist on House music on “Red Dream (Delicious Nightmare Mix)” runs towards a polished, unaggressive beat that dips into a smooth bass and drum groove as well as contemporary sonic elements. And without selling out to mainstream sounds like many other EDM producers, Ed still strives to present a smoother, cleaner sonic experience than his genre contemporaries.

With Ed The Red leaning on his past musical heritage, “Red Dream (Delicious Nightmare Mix)” represents not only a massively exciting new development for the artist, but also a homage to the history of house music in America. The artist brings a wealth of knowledge and unparalleled cultural influence to form an unstoppable force in the modern electronic sphere.

More About Eightball Records:
New York record label famous for its mellow approach to house music. The label was established in 1990 by Alex Kaplan then a videomaker & DJ Smash (Wayne Hunter) with A&R head Kevin Williams, a veteran of the New York club scene. It was Kaplan who recorded the label’s debut single, Napoleon-Soul O’s “Come On Girl”, a jazzy, funky house tune that set out Eightball’s stall. Artists and producers were subsequently recruited and acquired by word of mouth.

As well as stalwarts such as Joie Cardwell (“Goodbye”, “If We Try”, “Trouble'”) and Lectroluv (Fred Jorio) Jazz Not Jazz (DJ Smash Whine Hunter) Intoxication & Sax In The Ozone (Robert Aaron). The label became a gateway for many top producers of today. The label is equally famous for its t-shirts and merchandising, its logo still being among the most popular in the UK. Other prominent recording arrived from African Dreams, Groove Thing, Wall of Sound, Screaming Rachael and Mack’s Vibe “I Can Let You Go” (Al Mack).
Eightball also has The Empire State records, deep house subsidiary label and had its own record store in New York’s East Village.