A music remix, in general, is a reinterpretation of a pre-existing song, meaning that the “aura” of the original will be dominant in the remixed version. Of course some...

A music remix, in general, is a reinterpretation of a pre-existing song, meaning that the “aura” of the original will be dominant in the remixed version. Of course some of the most challenging remixes can question this generalization. But based on its history, it can be stated that there are three types of basic remixes. The first remix is ‘Extended’, that is a longer version of the original song containing long instrumental sections making it more mixable for the club DJ. The second remix is ‘Selective’; it consists of adding or subtracting material from the original song. This is the type of remix which made DJs popular producers in the music mainstream. The third remix is ‘Reflexive’; it allegorizes and extends the aesthetic of sampling, where the remixed version challenges the aura of the original and claims autonomy even when it carries the name of the original; material is added or deleted, but the original tracks are largely left intact to be recognizable. 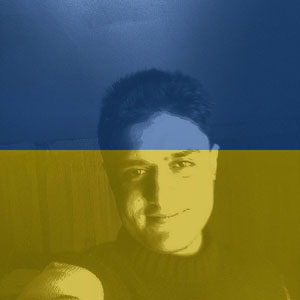 By picking the right tracks, they were able to piggyback on the popularity of new hits or renowned classics. Blackmyth doesn’t attempt piggybacking for pure commercial gain. His remixes are more an attempt to bring forth his technical and interpretive skills, as he deconstructs, analyses and rebuilds his chosen tracks from the ground up.

Today, remixers play a vital role in an artist’s navigation of the attention economy, often producing something with more cultural kudos than the original, thus ensuring mainstream music still reaches the underground. Therefore the rising importance of remixes can be seen as a sign that the periphery can not only resist the mainstream’s power, but also penetrate it on its own terms.

The primary confirmation that Blackmyth is in no way trying to piggyback his way onto the mainstream charts comes by way of checking the EP’s track list: Anastasiya Prikhodko – “Mamo”, Linkin Park – “The Way”, Pussycat Dolls – “Buttons” and “Sway”, Three Days Grace – “Home” and Tina Karol – “Pupsik”.

The second clue to Blackmyth’s left-field creative approach are the growling old-school synth sounds and driving rhythms he uses, which are far removed from the sweet and glossy samples usually heard on your local EDM Top40 chartbusters. Indeed, these unique ideas and sounds are what gives Blackmyth his distinct flavor.

Remixing can certainly become very predictable, especially in the mainstream. You have people being commissioned to do a dubstep remix of this, a deep house version of that, or a tropical house elaboration of the other…which all gets pretty tiresome.

“Remixes by Blackmyth” at least takes us in a different direction, more towards EBM, though maybe not as harsh as industrial. Blackmyth also eliminates the vocals, preferring to keep things instrumental. The result is almost like listening to original sounding tracks with familiar melodies floating in and out of the arrangement.

Practically Blackmyth has breathed an entirely new life into the aforementioned songs in this collection. It’s important to underline how essential out-of-the-box thinking was in making this recording a thoroughly enjoyable listen.