Parallel X: ‘The Return’ leaps from its box and defies categorization! 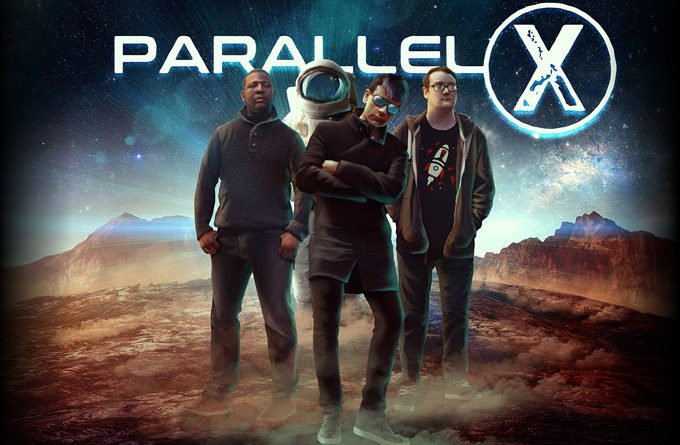 Parallel X is a three-piece band that blends an experimental fusion of Rock, Pop, and Hip Hop. Simon (Singer, Songwriter), Damien (Singer, Songwriter) and Will (Social Media, Story Writer – there is a short story titled ‘Astronaut’ included in the booklet of the album) combined their talents to create a lusciously produced, epic concept album  – ‘The Return’, which takes on an exasperating journey into the void and back. You will be taken on an sonic odyssey, through a rich variety of beautiful and detailed soundscapes – up-tempo, hardcore and energetic as well as chilled out and ambient in varying measures – with the love, enthusiasm and sheer hard work which obviously went into creating them, shining through from beginning to end.

Whether you’re an urban music aficionado, an electronic enthusiast or even if a mature prog-rock devotee, then this album should blow away any pre-conceptions you may have had about this genre-blend and is an absolute must-have for any lover of popular music. ‘The Return’ leaps from its box and defies categorization. In fact this album transcends genres. It is relentlessly inventive, and just when you think the tracks are getting a bit monotonous, up comes another aural trick which enchants the mind.

It’s like a psychedelic, musical fantasy-land that has pulled up into your backyard, assaulting your ears with such a battery of sonic twists, turns, and rhythms that in the end you just want to chuck what you are doing and groove along.

It is utterly fantastic and one of the few albums I can think of where you realize your jaw has well and utterly dropped when it finally ends. From the uplifting beats of “Oddity” and “Satellite” to the urgent and melodic vocals of “Space Angel” and “Spaceman Dreaming”, and then the compelling raps of “Mayday” and “Forever and a Day”, this album is absolute genius.

However, don’t be fooled into thinking that ‘The Return’ is yet another mindless run all over the sonic spectrum. It is in fact a detailed, perfectly mixed voyage into the fusion between organic and inorganic sounds which has been achieved with focused musical coherence.

Able to get you onto your feet and shaking your silly, then creeping into the unknown and bringing you through swells of enlightenment and fantasy, the deepening of ‘The Return’ makes for a seamlessly never ending musical escapade of great intrigue. As you never know where it is going next.

In a time where more and more focus is put on commercialization and churning out quick hit singles, Parallel X’s latest work is a welcome breathe of fresh air wedded to nostalgia, and proves that the album – and even more so – the concept album, isn’t quite ready to be discarded just yet.

Listening to this album truly becomes more of an experience and less an act of just listening; the variety and amount of layered sounds is wonderfully engrossing. Absorbing a wide range of different musical styles, this album has brass samples, ambient passages, all sorts of driven, upbeat electronica, and a brilliant variety of vocals and rapping throughout.

The 17 track ‘The Return’ is an immensely fluid listen, with the music really washing over the listener if you give it the chance to. There’s also a lot going on here, and by that I mean that no matter how many times you listen to this, you can always find something new to appreciate every time you give it a spin. Take it to the dancefloor, or take it to the privacy of your bedroom – either way you’ll be thoroughly satisfied by the company of Parallel X.