Oluwafemi Benson Giwa known professionally as Brite Benson, is a Nigerian singer, songwriter, performer, and actor. The Nigerian-born, Afro-beat hip-hop artist, has released the official music video to his... 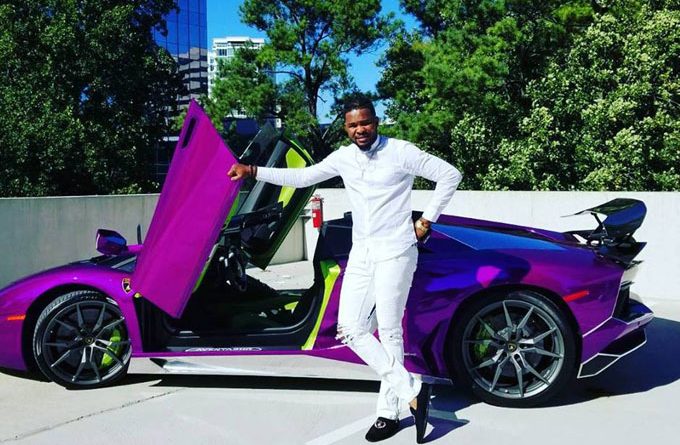 Oluwafemi Benson Giwa known professionally as Brite Benson, is a Nigerian singer, songwriter, performer, and actor. The Nigerian-born, Afro-beat hip-hop artist, has released the official music video to his new single “SLAY MAMA” – a slang term used to express a woman’s topnotch attitude and fashion sense. Slay Mama’s are known to come on strong, hot and heavy. Their seductive ways could weaken some of the strongest Players.

By and large, Brite Benson, the up and coming artist’s latest single, occupies the same structures raised by the rest of the radio hits to found around currently. It’s pulsing, tight, and thoroughly melodic. Benson’s voice, a forceful twist, is so unique that I’m sure he’d pair well with otherworldly production from Kanye West or Travis Scott. One of the things that makes Benson an interesting case is that he brings along subtle African elements in the midst of his euphoric, melodic, and almost trap-styled dealings.

That said, his name is ready to go in lights now, his spot in the urban music underground landscape looks secure. Brite Benson will get to new heights if he wants to as he has the creative resources. Clearly, he’s a born songwriter, and “SLAY MAMA” won’t be fading from your memory anytime soon.

There’s a pretty good chance you’ll be singing along to it a few months down the line. You can’t argue with Benson’s prowess when it comes to writing a hit track. His got the hooks, verses and the rhythm.

Benson’s strengths are clearly the timelessness and elegance of his melodies and the off-kilter twist of his voice. When he uses these attributes to embellish a track like “SLAY MAMA”, you’re swayed by his charm and vulnerability.

Brite Benson‘s occasional rap cadences are never the core exercise; nor is rapping essential to his appeal. From start to finish, in fact, Benson is aggressively committed to endearing listeners to his singing chops that showcase values like personal dynamism, tone, and range.

At some points while listening to “SLAY MAMA” you can really see why he has the possibility of being one of this year’s breakout hip-hop artists. He has mastered the pop-urban fusion that seems to be getting more popular every single day.

His vocals are distinct and the production is somehow able to match his delivery. The track has a mono-thematic concept he is trying to execute and the story-line focuses on that slay mama theme throughout. In other words, Brite Benson doesn’t make things complicated. Which is what you need to capture attention quickly.

The video which backs up the single, is an excellent effort both thematically and technically. Visuals are not usually an indie artist’s strongpoint considering the budget and resources necessary to make a high quality impacting music video. Notwithstanding these limits, Brite Benson has turned out a glossy, high styled cinematic experience, showing that all things are possible for independent artists.