“Wasted Love”, an EP so full of intensity and emotion that every indication of what it offers — the melodramatic title, the suggestive song names — barely scratches the... 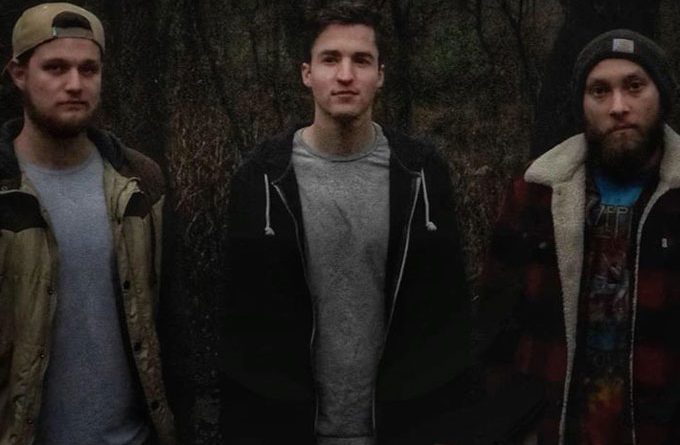 “Wasted Love”, an EP so full of intensity and emotion that every indication of what it offers — the melodramatic title, the suggestive song names — barely scratches the surface of what lays within. Clocking in at just four songs, and yet it feels like the most complete, the most focused in moving the listener from one intense emotional place to another and back again. The EP exposes the band and the listener simultaneously, and in the process, Dead Harvest trashes predispositions about what it means to bare yourself in that fashion, to rip your heart off your sleeve, cut an incision down the middle, and encourage listeners to participate in the process for as long as they please. “Wasted Love”, released during December 2017, represents the debut EP for the Dead Harvest power trio, made up of Jon (Vocals, Bass), Gerard (Guitar) and Drew (Drums). 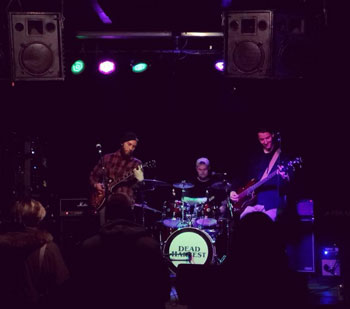 The EP prioritizes hearing music first and words second – though both carry equal importance in the final analysis – to emphasize its larger themes. It’s tied to self-doubt, the grievances of loss, and how to reckon with personal struggles when they claw from within — things that must be felt before they can be described.

Hence the gritty, abrasive and psychedelic guitar lines powerfully drive the lyrical themes into your consciousness. Each song arrangement encourages the trio to push these feelings and, in turn, the instrumentation that feeds them. “Wasted Love” follows through on the sonic extremes it suggests. Dirty, dense guitars intro one song before flipping entirely on the next.

It begins with the title track “Wasted Love”, an epic but accessible track with foreboding desperation that smashes its quiet verses with brilliantly blaring guitar sequences. Dead Harvest suddenly embrace dynamics at their zenith. A gorgeous drum fill will cut just in time for each instrument to come slamming down.

What seems forcibly quiescent, awakes, allowing the band to unleash seven minutes of something too profound to sketch and calls for the listener’s own emotional input to take reign. Dead Harvest is on a path of balancing soft and loud with raw and visceral dramatics, foregoing summation entirely. This is songwriting emotionally, intellectually, and structurally, impressive in every way. 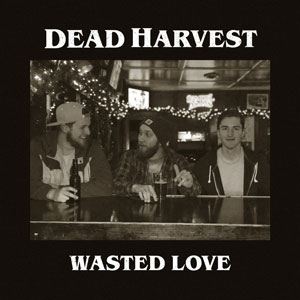 “All Alone By The Water” is the sound of indie rock taking on a new form while simultaneously shedding the genre altogether. Its thematic impact comes with the process of confronting one’s self – the therapeutic confessionals and the quiet doubts that accompanies the fear of the unknown. “Leave It Alone” bounces directly into alt-rock territory with thick roaring rock riffs abounding across the arrangement.

Here Dead Harvest break down their previous song structure and replace it with something more ambitiously rocking. Thus settling any discussion: They’re not simply an indie rock band. They’re a full-on rock band burrowing every emotion that touches them.

“How Do You Do” arrives almost with the intention of certifying the above statements, with its expansion of emotional intensity paired with truly impressive wah-wah-filled guitar work. The quality of the vocals is enchanting, too. It’s tender and then it can get intense, raw and real, which it makes for a very charismatic and relatable listen.

Each generation of rock fans invariably believe that everything that can be done in the genre has already been achieved, yet the naked authenticity laced in Dead Harvest’s work together with the emotional connections generated through their songs indicate that there are still tiny little spaces for additional twists and tweaks.

Uriel: “Excuse Me” – showcasing himself with suave and debonair

King in the Belly: “Let’s Go” – bursts of infectious energy