Electric Radio Kings: “Grabbing at a Distant Star” – crank up the volume and enjoy!

Metal and rock die-hards surely know ace guitarist Stacey Blade, who has had his six strings attached to bands like L.A. Guns and Ratt, among others. What many might...

Metal and rock die-hards surely know ace guitarist Stacey Blade, who has had his six strings attached to bands like L.A. Guns and Ratt, among others. What many might not know yet, is that Stacey has put together a brand new rock outfit called Electric Radio Kings. ERK have already released their debut EP entitled ‘Lights Fantastic’, and played their first live show together, at the beginning of December 2017. The band is made up of Paul Christiana (vocals), Keith Horne (guitar), Stacey Blades (guitar), Johnny Rude (drums) and Del Cheetah (bass). Taken off the aforementioned EP, comes the band’s single, “Grabbing at a Distant Star”. 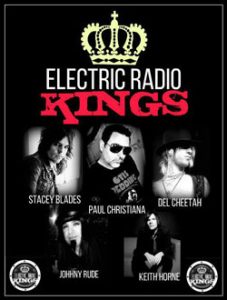 Musically, in terms of hard rock with radio sensibilities, you can’t go wrong here. This is a band of consummate musicians who play together note-perfectly and whose music is catchy, hook-loaded, hummable, singable, and gets your toes tapping – if not dancing around and secretly air-guitaring when no one can see you.

A combination of cynicism and lasciviousness on the one hand, and idealistic romanticism on the other Electric Radio Kings will no doubt be capable of carving out a little place for themselves in the rock panorama, as they bring something old and blend it with the new.

“Grabbing at a Distant Star” is classic, pure and simple rock and roll, with nothing fancy or glamorous. Put in the song, crank up the volume and enjoy. This is what the genre was meant to deliver in its origins. Not the fancy, but soulless bullshit nu-metal is dishing out.

Electric Radio Kings pushes itself on the song, turning in enthusiastic and engaging performances throughout. They sound like they have something to prove, and perhaps they do. 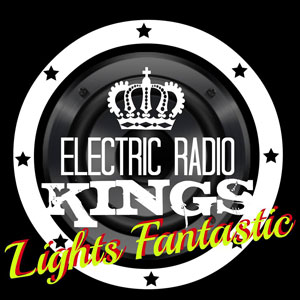 They’re rescuing classic rock from oblivion with an amphetamine-fueled hard rocker. The pace and melody gives the track a whiplash flow that recalls some of rock’s better moments.

Though often likened to Cheap Trick and Foo Fighters, there’s also an element of swaggering rock in the Electric Radio Kings’ sound that seems to lean in a vibrant Aerosmith direction.  The band’s rampant desire to get out and make a tasty racket bears the hallmark of rock n’ roll education for the newcomers to the genre.

The energy levels are astounding too, with producer Alistair James extracting a distinctive sonic attack from ERK. Bad ass riffs and grooves are mixed seamlessly with an invasive melody and harmonies. “Grabbing at a Distant Star” will get anyone out of their seat with its surging power. Wait until you give this a spin, and you’ll see. Play it loud and fuck the neighbors!