Rob Defriese: “Altitude” – powerful expression both as a musician and as a wordsmith

Rob Defriese is a gifted guitarist and a talented poet with a prophetic twist. He speaks to the frustrations, suffering and triumphs of life as well as celebrating the... 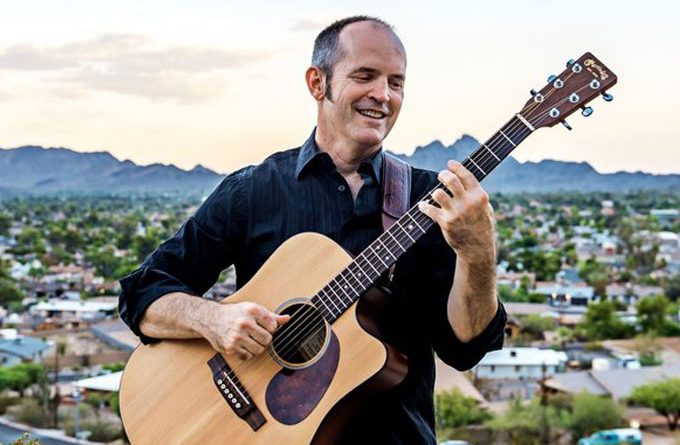 Rob Defriese is a gifted guitarist and a talented poet with a prophetic twist. He speaks to the frustrations, suffering and triumphs of life as well as celebrating the joy of just being human. Few can touch his lyricism and powerful expression both as a musician and as a wordsmith. Make no mistake, he uses his music to express his opinions and his observations. But the underlying sense of positivity, hope and joie de vivre make his work inspirational. Much of this becomes clear listening to his 5 track album “Altitude”. Born into a musical family from the desert southwest of Phoenix, Arizona, Rob DeFriese began performing before the age of four and writing songs by the age fifteen. A formally trained singer, Rob is also a bassist and guitarist, and has been performing on those instruments for over thirty years. He more recently re-introduced the piano and trumpet to his instrument portfolio. Rob is also part of the Phoenix-based, original alternative rock band, Ant Farm which he joined in 1989.

The first thing that hits you when listening to “Altitude” is how Rob uses his voice to full effect, much in the same way folk artists of the past used their voices as an instrument to express not only the words but the emotion of their songs. Listen to the bass-driven album opener, “Take It Easy” as an excellent example of this form of singing. His voice is his instrument.

The album has some very intense moments, and there is a heavy spiritual element to the record. Not so much religious but definitely spiritual. Rob DeFriese is searching for answers and maybe comfort and his spiritual beliefs may be one way to accomplish this search and direct him to answers.

“Arise” is a brave ‘call to arms’ statement in these days when such sentiment is frowned upon. People are more accustomed to endlessly contemplating rather than concretely doing anything to change the world or their own personal situation. Rob stands by his conviction to inspire people and it is quite refreshing to hear.

Rob DeFriese has developed his own distinct guitar playing and on this album he is in top form. He plays simply and beautifully and the music is not only accessible, but quite memorable as well. As is the strumming and soaring guitar solo on “Send The Ghosts Back To Heaven”.

“True Love Waits” is richly embroidered in stripped down folk meanderings before switching to a rock backdrop and an almost anthemic chorus. The album’s centerpiece, is of course the titular track.  “Altitude” is a powerful declaration from a mature observer of human nature: “Have you ever dreamt that you could just spread your wings and fly? Not just above the rooftops but even higher?”

It’s gutsy and incisive with Rob DeFriese delving into his musical roots and into the human psyche, questioning our fear of the unknown, the ability to disregard self-doubt, and the will to seek a better tomorrow. Rob DeFriese is much more than a singer-songwriter, although he is clearly that. He is also an extraordinarily gifted guitarist and he is in possession of an exquisite voice that has a lot to say!

Die Robot: “Technopunk” claims its spot on the electro-industrial circuit!