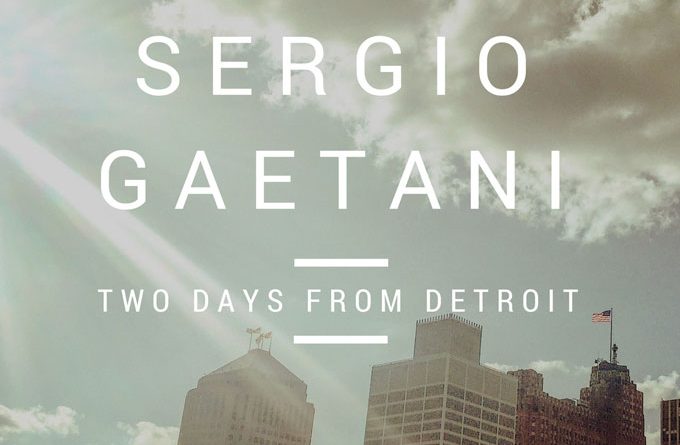 Richly arranged, masterfully performed, and full of indie edginess, “Two Days From Detroit”, the first single from Sergio Gaetani’s upcoming debut album, “North Coast Electric”, combines the stately beauty of roots Americana with the intensity of Spaghetti Western scores while managing to sound like neither.  Full of self-reflexive humor, as well as jarringly modern lyricism and musicality, Sergio strums the jangly groove out on his favored Fender Jaguar with deceptive simplicity. For every hiss of clever innuendo, there’s a gleam of unalloyed beauty in Sergio’s almost cinematic approach to musical storytelling. “I wrote this song for people who travel a fair amount,” says Sergio, “whether it’s world travel, doing some self-exploration or being on the road trying to make a living, I figure most almost anyone can get home within two days of travel time.” 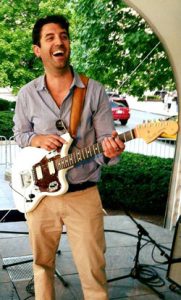 On first listen of the single, the impression is that, whether painting vivid, modernist sketches of souls drifting through the world, or ensconced in his own surrealism, Sergio Gaetani can effortlessly shift between different lyrical voices and styles.

A repeating guitar line acts as the focal counter melody to the voice, while a smooth but insistent rhythm keeps the forward motion going. The catchy singalong chorus does the rest in hooking the listener’s attention. In between all the warm organic instrumentation there is even place for a synth interlude, which will catch many off-guard.

The wide, spacious production is immaculate, allowing for an intimate blend of sounds that also feel grand and expansive. Out on the Lake House Records label, “Two Days From Detroit” is all reverb-tinged guitars with the drums accentuating every measure; it’s very down-to-earth wrapped in a sort of chilled-out energy.

Sergio Gaetani should give faith to anyone who has become disillusioned with indie music, anyone who misses a time where it didn’t seem like all the musicians thought they were better than you and you could actually relate to the damn words they were singing. 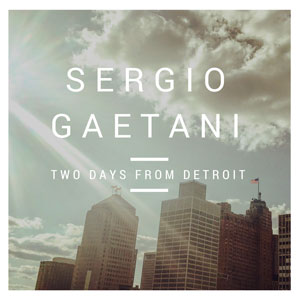 “Two Days From Detroit” is full of moments that strike that sweet spot, especially Sergio’s guitar which stretches and dances around the rhythm and vocals. The lyrics do a fine job of carrying the song’s communicative weight, but there’s less pressure when his guitar shares in doing a part of that work. There’s also a striking clarity to the production, in how Sergio’s voice is always present and upfront in the mix, notwithstanding the reverb and echoes that underscore the vocals.

The single finds Sergio Gaetani unafraid to push his sound in a way that feels totally different to what any of his contemporaries are doing. And if the template used for writing songs promises to be as stellar as this one, then the future may hold great things for the Detroit based artist.

MORE ABOUT: Born and raised in Detroit Mi, Sergio Gaetani brings a unique perspective to modern indie rock, song writing and Detroit rock and roll. Sergio’s father, an Italian farmer who immigrated to the US as a teenager and his mother, an American school teacher, created a household that deeply embraced music, wine and the love of life. Classic rock, Motown and Italian singers such as Carlo Butti and Paolo Conte could be regularly heard in the household. Sergio’s songwriting is simple, encourages love, dreams and is tied together by Sergio’s embrace of the classic sound of the Fender Jaguar. Sergio has performed as a sideman for some of Detroit’s best talent over the last 15 years and is now breaking out on his own.

Tony Marino: “Thank You for the Music” is carried through in grand manner