The Rumble Skulls: “Knew It” brimming with catchy creativity!

Perception is a strange beast and one of the cornerstones the commercial world is built upon. How we perceive things has long become more important than how things really... 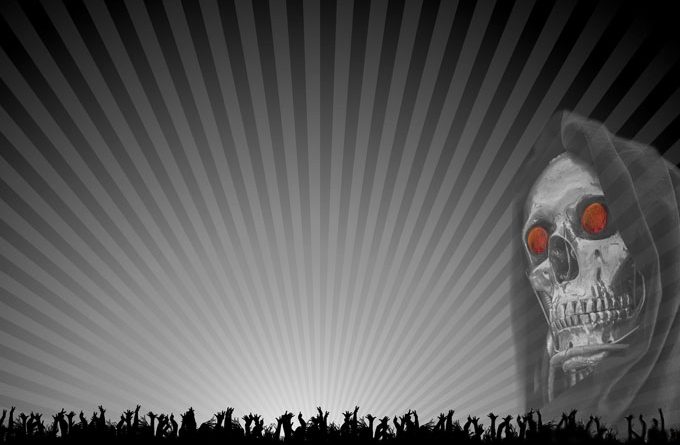 Perception is a strange beast and one of the cornerstones the commercial world is built upon. How we perceive things has long become more important than how things really are. But sometimes they can trick and deceive your judgement. Once I’d read the band name, “The Rumble Skulls”, I already had a fair idea about how they would sound. Once I glanced at the cover artwork of their single “Knew It” – a menacing skeleton, an electric guitar in hand, and some bottles of beer strewn across the ground, I was even more convinced about how they would sound. And then I read the band’s liner notes: “On the forefront of ground breaking music – The Rumble Skulls ride out into a darkened wasteland far beyond daylight raising new signs of life from a celestial interception no universe can live without. With new faith, new meaning and new purpose we will embrace the love of destiny. Rock On.” If there was even an iota of doubt left in my mind about how The Rumble Skulls would sound, it was now completely erased! 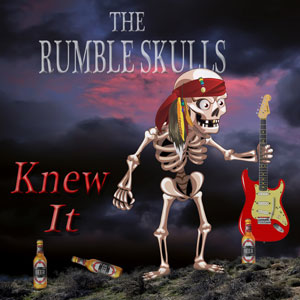 Now with my powers of perception buried under the ground somewhere, I proceeded to carefully listen the track. What makes “Knew It” so engrossing is the atmosphere it creates. The production, layered with piano and acoustic guitar touches, is effervescent and warm, wrapped in a blanket of rich vocals and sonic progression that gives it a distinctly uplifting feel.

In this sense “Knew It” is exactly what it sounds to be: a bright alternative pop song that is best enjoyed cruising around town with the stereo turned up loud. It has the effect of lifting you out of where you are and putting you somewhere else, which is no easy feat, yet I think that often the best music is able to do that.

It’s escapism but it has a purpose and it invites you to experience the journey for yourself. This song seems simple, and perhaps at its core it is, but underneath it is brimming with catchy creativity and a zest to experience all that life has to offer, and is telling you to do so too.

It’s a number that gives the vocals and harmonies room to shine and finds The Rumble Skulls at their melodic best. Ultimately, this is a mature and sophisticated record from a band that knows how to craft an earworm.

And if this does not sound like music to your ears, then yes certainly, you should check your ears. Backed up by toned, organic sounding instrumentation, “Knew It” is not only a listenable, but a hummable song. And that’s a damn rarity this deep into the new millennium!

Maki: ‘Waking Up With The World On Fire’ is absorbing

Anna Belle: ‘Annalogue’ explores a variety of styles and landscapes