J-Mel is a singer, rapper, songwriter and producer, who has been seriously working in music for the past 6 years refining his craft. J-Mel has already released his debut...

J-Mel is a singer, rapper, songwriter and producer, who has been seriously working in music for the past 6 years refining his craft. J-Mel has already released his debut mixtape entitled “Emerging From The Dark” and is getting to drop his latest set called “The Raven Is Coming”. In the meantime he has popped a few singles onto the marketplace including “Fiend” and “Love is Never Easy”. With darkness covering the hip-hop universe, J-Mel makes it his business to breathe life back into the game with a project that challenges the conventions of Top 40 rap as deftly as it drops a nod to them and plays to his infatuation with experimental music. 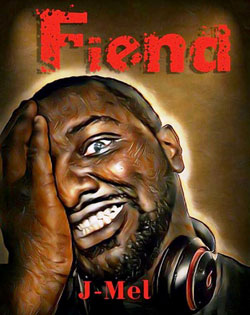 After listening to the previous mixtape and then diving into the latest singles, it becomes clear that J-Mel’s rapid-fire delivery, chameleonic vocal adaptability, and aptitude for dropping absolute bangers does not waver once.

He’s just as skilled at soulfully singing street poetry as he is at making you dance, and more often than not, he does both at the same time. The swagged out attitude of J-Mel shines through in abundance on “Fiend”, it’s a level of being self-assured that comes from hard work and legwork put in, as opposed to assumed entitlement. The sweet voice of J-Mel paves the way for a key highlight on the song.

This tune has major potential, not that this is something the artist is too concerned with. He makes music because it’s a passion for him, as well as fun for his listeners – hence he is able to entertain both himself and the listener in harmony. Take away the beat, and what you’re left with are lines that flow like inspiring poetry at the highest level. J-Mel ventures into soul and R&B extensively here.

The hook is fire on “Love is Never Easy”, and will have you moving to it, whether you want to or not. It’s an excellent song all round. Sparkling keys that’s layered over the pounding, sluggish bassline and back to back verses, is further proof that there isn’t a style that the man can’t tap into. Every single verse, and vibe in this record was meticulously crafted to be the ultimate, blasted track. 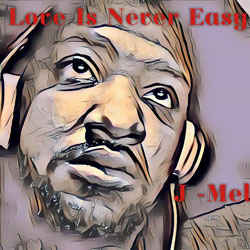 The song almost feels cinematic, in that it evokes powerful imagery. There are no two ways about it, it’s exciting. J-Mel is one of the most innovative players in the modern hip-hop game, and it’s a treat to witness him changing his style so radically, only to perform different shades of his personality so well. All the shades of these releases show us who J-Mel takes himself to be.

“Fiend” and “Love is Never Easy” are brilliant recordings according to the classic barometers- the beats are killer, the verses sick, the pacing perfect, and the singing is actually on point- but the thing is that you really don’t have to give a shit about any of that to understand that this stuff is great.

Because here’s the thing: like most great hip-hop and pop recordings of our time, these songs go down so smoothly you’d be forgiven for not noticing just how mind-blowingly good they really are!

Jake Ward: “Not Too Far to Reach” – a captivating song