Deltiimo: “Welcome To The Real World” – an intoxicating mix of indelible ear candy

When a pair of dance music titans come together to release brand new material without any warning it’s a cause to sit-up and take notice. When it’s the mouth-watering... 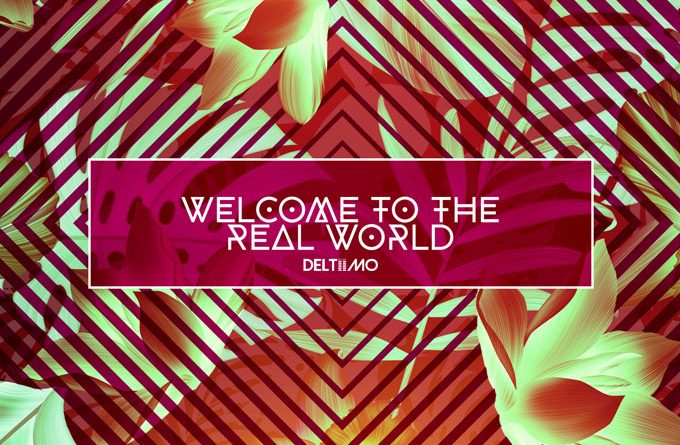 When a pair of dance music titans come together to release brand new material without any warning it’s a cause to sit-up and take notice. When it’s the mouth-watering combination of Gary Louca and Bradon Grobler it’s a cause to get extremely excited. Louca and Grobler met for the first time in early 2017 while working on remixes for Irish singer George Rigby, and have since dropped a series of charting tracks together. Gary Louca who came back into the music industry to form Deltiimo after over a decade away, has worked with several UK Top ten artists in the late 90’s and early 2000’s. Louca’s had previous records released under Xturnal, Destinee & Louca Featuring. Highlights from Grobler’s music career includes working with people like DJ Hardwell, Maxi Priest, Scooter, Samantha Fox, Tiesto and Dance Nation, among many others.

“Welcome To The Real World” is a 2018 Club House version by Gary Louca & Bradon Grobler of a classic Xturnal song from1992. The track which features the vocals of Lisa has already hit N°1 spot on Kings Of Spins on its first day. The intensity is immediately ratcheted up by the chugging rhythm of the unrelenting warehouse rumbler with Lisa’s artfully delayed vocals reaching for the builds.

Change has been a constant theme throughout the successful career of Deltiimo, but as he has crossed genres, explored themes and changed monikers, the common thread running through the music he has made is its roots in and dedication to the House sound.

There’s still a lot of desire for House acts, but most of it seems to be for Electro House that’s making all the same mistakes that popular American House is making. There’s way too much focus on being loud and making something as dancy as possible. These aren’t necessarily bad things on their own, but for a lot of producers they’re coming at the cost of the music having no value off of the dance-floor.

That’s why it’s impressive that Gary Louca and Bradon Grobler have been making hits that are clearly designed to get you moving yet they also show enough restraint and control to make the tracks extremely catchy and brilliant pops song on their own. And yet at the same time they haven’t abandoned their trademark styles to cash in on some of the growing sounds their fellow producers are abusing.

Gary Louca aka Deltiimo has recently been earning his spot in the energetic and flamboyant world of house music, and rightfully so. His steady rise up the dance charts can easily be attributed to the quality and production polish that he applies to everything he touches.

Be it his solo work, or the ear popping influences he applies to his collaboration work with Bradon Grobler; Louca always successfully manages to blur the lines between savvy pop stylings and hard hitting kinetic dance.

And it’s for this very reason that his latest track “Welcome To The Real World” reaches the levels that it does; its intoxicating mix of indelible ear candy coupled with a desirable club like atmosphere helps to push the track into the stratosphere.

Straw Kennedy: “snooze” is his masterstroke!

Of Something Found: “Confused Reality” – a superb album!