P Doc is a self-taught recording artist and producer from a small town named Pefferlaw, north of Toronto. He started playing guitar and singing at 6 and making beats... 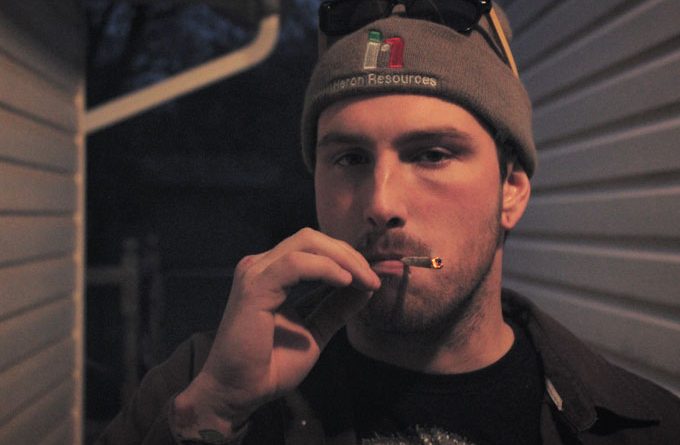 P Doc is a self-taught recording artist and producer from a small town named Pefferlaw, north of Toronto. He started playing guitar and singing at 6 and making beats and rapping at age 14.  His father passed away due to an accident when he was young and his mom was never around so P Doc was always by himself or with friends during high school and that’s where he fell in love with writing music. P Doc, who is influenced by Curren$y and Nas, currently has 3 projects on the go, while he also promotes his label and brand. Rousing. Mesmerizing. Narcotic. The music of P Doc is positively infectious and his skills come shining through on the singles “Mali” (Prod. by Abel Petit) and “Old Sutton” (Prod. by B. Young). 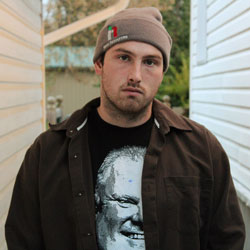 “Old Sutton” (Prod. by B. Young) is lushly intoxicating from the outset, so poignant are the acoustic piano chords. Just as the listener becomes fully seduced by the horn melody, P Doc lays down a superbly timbered flow and a bouncy, quivering bassline that’s dripping in acid. The forward-driving percussion quickly sets the stage for P Doc’s imposing vocals, and off he goes.

The rapper’s voice is in a more intense register than is found in abundance on saccharine-sweet mainstream songs so prevalent today, and he can also hit those busier lines rhymes with total aplomb. There is something invigorating about hearing a rapper who seems to enjoy the game as much as the listeners do.

Many hip-hop heads have become bitter coffee shop intellectuals that express distaste for rap’s current sound and image by aimlessly pontificating about its glory days. On the other end of the spectrum we have an emerging vanguard of critics who want to dismiss hip hop as cliché while they juxtapose a supposed explosion of exciting, multi-genre and experimental indie music.

Both are overstating very hollow points. Hip-hop is still one of the most idiosyncratic and fun forms of music breathing today. Whether chopping or looping samples, building sounds from a keyboard and computer programs, or incorporating live instrumentation, rap music continues to compress, fragment, reinvent and speak the world through just the beat and rhyme. P Doc’s “Mali” (Prod. by Abel Petit) is just one of many examples of why hip-hop is still dope shit.

The track focuses on quality over quantity, has a focused mind delivering the idea, and keeps the content terrestrial while updating the quintessence of hip hop’s original sound.  P Doc is so low key and easy going that he can seem unimpressive when he’s actually weaving his magic.

While stylistically muted his gift of imagery is in a special class, listen to how he starts to roll out the stoner tales on this track. The results are just about as great as expected. This is the ideal soundscape for P Doc to lounge in. He never feels rushed through the track and just lets his storytelling roll off his tongue almost absentmindedly.

As carefree and easygoing as he may come across, much consideration and hard work go into making music like this; P Doc skill as a rapper and songwriter should not be downplayed. Here, on these tracks, he displays his talent for vivid picture painting; a gift that helps transport listeners to that serene state of being. Patrick Docherty aka P Doc founded Hooligang Company in 2016 to distribute merchandise and media under his brand.

Of Something Found: “Confused Reality” – a superb album!

Dan Kenneth: “From The Heart” – deep and satisfying