Jaded Productions: “Until It’s Gone” & “Eye Of The Storm”

Mike of Jaded Productions is a songwriter from Sweden. He has been in different bands for the large portion of his life, but currently he is doing solo work....

Mike of Jaded Productions is a songwriter from Sweden. He has been in different bands for the large portion of his life, but currently he is doing solo work. Mike says that he struggled to find a single genre to stick to, as he tried to narrow down his creative focus to fit a standard album release. He eventually came to the conclusion that he wasn’t able to do so, hence he has gone back to his initial motto of creative freedom; writing and releasing whatever he feels like. Mike’s work can be found on YouTube. 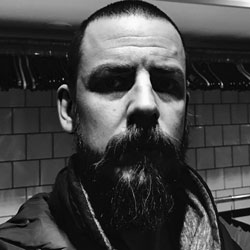 Afraid of artists you’ve never heard of? Get over it. The impressive, unpretentious releases by this Swedish songwriter is simple, understated, and catchy all at the same time. The production work is clean as a microchip lab. No editing trickery here.

Jaded Productions’ strength is in his lyrical depth and picture-painting words combined with the soulful alt-pop-injected feel. The production work is effortless. Mike has the ability to have his storytelling lyrics delivered with a grace and ease that is uncanny on “Until It’s Gone”.

The song incorporates elements of Folk, Pop, Blues, and even Jazz, blending it all into something that is always cool, always smooth, and undeniably catchy in the most elegant sense of the term. All unusual in an era of loud, banging club-orientated bombastic music. 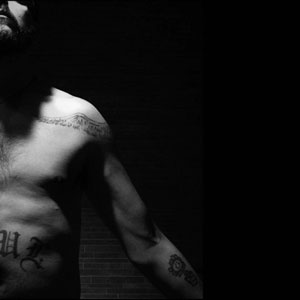 Here shimmering keys, acoustic guitars and a desirous clarinet take center stage alongside the wistful vocals. Like diamonds of sunshine shimmying across ocean waves, “Until It’s Gone” is a melodic number that balances all things infectious in sound against Mike’s intelligently poetic lyrics.

On the other hand, “Eye Of The Storm” flows superbly through rich pianos into rustic guitars that set the tone for the thoughtful lyrical theme and soulful vocals. The luscious harmonies, an ear-worm melody and soaring choruses are all very reminiscent of the best Beatles work.

Mike weaves a gentle spell that pushes listeners toward awareness at their own pace. To put it plainly, I’m not sure if this guy is capable of writing a bad song. I think even if he tried to, the worst he could come up with is a decent release.

If you can embrace the gentle subplots inside the music, and can cherish the uncluttered arrangements that dance across the soul-soothing aural waves that these songs create – then please do step into the light of Mike’s music.  For the thorough enjoyment of his heart-warming, tasteful, and insightful craft, we give Jaded Productions five out of five stars for “Until It’s Gone” and “Eye Of The Storm”!

Malik Gita: “Ghetto” – between the streets and the mainstream!