Scandic Tribe: “Light at the End” – a shining example of what creative rock

Hailing from Copenhagen, Denmark, the rock duo Morten G.P. and Thomas Økland aka Scandic Tribe release their first album, “Light at the End” which tells a true story, with... 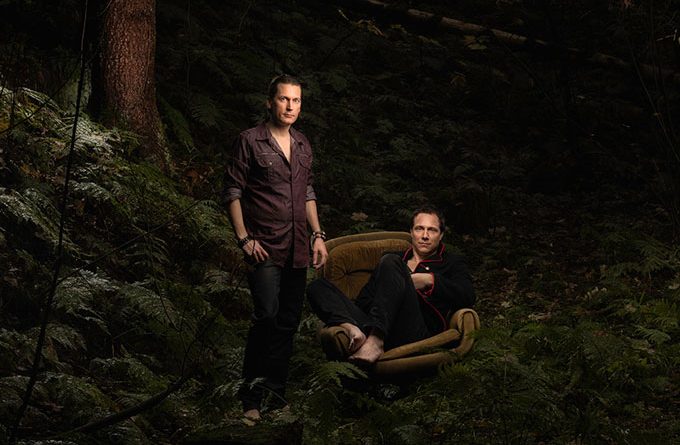 Hailing from Copenhagen, Denmark, the rock duo Morten G.P. and Thomas Økland aka Scandic Tribe release their first album, “Light at the End” which tells a true story, with each song deeply intertwined with each other. For this debut release, Scandic Tribe has teamed up with world renowned producer, Roy Z, who has worked with artists such as Rob Halford, Bruce Dickinson, and Judas Priest, and mastering engineer, Maor Appelbaum, who has worked with Faith No More and Meat Loaf. The album release date is set for March 6th 2018, via the Gateway Music label. In this day in age when rock bands seem to be coming and going without leaving any legacy of importance, one band seems to be a step ahead of the rest, and that band is Scandic Tribe. Although this is only the band’s first official album release, they seem to have a grip on how to make some great rock songs without watering their sound or lyrical themes down.

Scandic Tribe shift between soaring and dark brooding vocals, a blend of heavily over-driven and acoustic guitars, as well as simple drum and bass riffs, right through to complex and heavily layered song structures. As can be expected, “Light at the End” manages to succeed brilliantly on the technical side of things too.

The production is incredibly well done on almost every track and it all sounds very crisp and clean. There are many words that come to my mind when I think of this band, but a few that I feel aptly describe the band’s music are intense, creative, and refreshing.

Thomas Økland’s vocals seem to be the focal point of the album. He shows his large range and depth throughout. There are intense choruses and catchy vocal melodies sprinkled across the album, supported by great harmonies. Especially resonant are the driving crunch of “Dusty Sunrise”, the dynamic rhythms and harmonies of “Only Time Will Heal” and the stunning “Heaven”, where Thomas’ vocal cords truly excel.

In this same track, Morten G.P., lights up the arrangement with a fiery solo and all-round excellent guitar work. When Scandic Tribe hit the bone-crunching psychedelic sonics on “Revolution Of Confusion”, you’ll feel a thrill run up your spine. This for me is the absolute apex of the album.

The relatively expansive musical approach means there is also plenty of flair in the guitar and bass playing. There are plenty of technical and intricate parts, but there is also a large focus on melody and groove. The drumming is also quite good and rhythmic in nature, giving a dynamic performance that complements the music perfectly.

Elsewhere on the album, you will find other stunning arrangements and performances that are simply awe-inspiring, and I’m particularly thinking of the lusciously layered “My Sweet Baby Valentine” and “Heroes”. If you’re a guitar connoisseur, lend an ear to “Angel” and pick on the famous opening motif. I won’t tell you what it is, you can guess for yourself.

Overall on this album, you get the impression that the instruments as brilliant as they are, are there to fulfill their primary purpose, which is to compose memorable songs instead of just showcasing themselves, and they definitely succeed in meeting that objective.

Every song on “Light at the End” has its own remarkable style, flavor, and sound. Yet at the same time, the album has a cohesive feeling to it, which makes it more enjoyable to listen to start to finish instead of track by track. This is due in part to the fantastic pacing of the album, which switches from hard and heavy to lulling and mellow almost on a track by track basis.

As the album changes, so too does the accompanying vocal style, which range from soaring harmonies to whispering melodies without a hitch. It’s a good thing too, because the vocals are often what seems to be driving the album forward, pushing towards the next big climax or slowing things down to a gentler pace.

This sort of variety in a single album is a rare find, and what’s more, it’s done very well. Again, and I can’t help repeating myself, a tall order for a band that’s only on their debut album release.

The way Morten G.P. and Thomas Økland are able to blend so many different styles and moods into a single album, and the way their expert songwriting is able to grab hold of you, makes this album very special. “Light at the End” is a shining example of what creative rock and its variations is capable of, and is an album that any fan, of any correlated subgenre, should be absolutely sure not to miss.

“KAP Vol III – Haven’t Seen Anything Yet” – a compilation project