Chong Ali is a Vietnamese Australian Indie rapper from the south side of Brisbane Australia. Gaining the reputation as a fierce live emcee through projects with the rap groups...

Chong Ali is a Vietnamese Australian Indie rapper from the south side of Brisbane Australia. Gaining the reputation as a fierce live emcee through projects with the rap groups ‘EMR’ and ‘Pistola Ave.’ Chong made his long awaited debut as a solo artist in 2017 with the internationally acclaimed single ‘My Cool’. The songwriting is what comes through as the most impressive aspect of this project right from bar one. I like that it’s down to earth, relatable and endearing, and makes the listener empathize and ultimately root for the narrator.

It’s a positive, uplifting and mind.opening approach that is very much lacking in today’s Hip-Hop landscape, and is a welcome breath of fresh air. I also love how Chong brings in old school and new school elements into this track.

There’s been a lot of good music released since January and even more forgettable drops that won’t even make it to Easter. Some tracks just don’t stick, but Chong Ali’s ‘My Cool’ has been on repeat since the first time I heard it. Warm production, steady flow, intricate song structure – and it has this compelling force that makes you want to replay.

The track’s brilliance lies in the core of the rapper – Chong’s raw, vulnerable and powerful voice, dense in shades and tones, fill contemporary voids with its fluidity, texture, and grit.

Mainstream modern Rap music is beginning to become a stale and bland genre. Though occasionally fans get tracks and albums from outstanding artists who break away from the generic style, many Rap artists today rely a little too much on pop and trap inspired sounds. 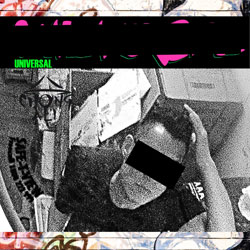 However, Aussie rapper, Chong Ali is the kick in the ass the genre needs. Throughout the song, Chong juggles the part of protagonist, narrator, victim, villain and hero of the story.

If the peaceful feeling of the warm sand and beating sun on a Gold Coast beach in Brisbane could be represented in a beat, ‘My Cool’ would be the best fit. Groovy and full of natural flow, Chong Ali’s bittersweet recollections of life and things to come rolls over this soundscape in a more than perfect and refined narrative meant to feed your mind and soul.

There is a clear difference of emotions between the beat and the lyrics and the vocal flow as a whole, but it also feels unified all at the same time.

Chong Ali is insightful and vivid, recounting the negative symbols that stick with while observing the way society is configured, and through which he has grown, giving him the tools to harvest his mind with. And furthermore proving that artistic vision and brilliance are not manufactured and marketed equipment, but learned from real life experiences. ‘My Cool’ is bright, striking and compelling