Echoglass was formed in 2016 and features the songs of D.A.McKenna. These ambassadors of the eclectic have their roots deep in the Madchester north of England.  Depth comes into...

Echoglass was formed in 2016 and features the songs of D.A.McKenna. These ambassadors of the eclectic have their roots deep in the Madchester north of England.  Depth comes into play in their songs like “Blackburn Boulevard”, “Eyes” and “Last to Know”. It’s not just a collection of fun pop hooks backed by a great vocalist – Ok so the vocals here are probably into the excellent category – these are songs with both style and themes that will make you think and emote. The music aptly supports their feel and drive. Echoglass is able to capture the melancholic complexities of the lonely soul and have a fun time doing it. Their music is layered, lovely, and even inspirational.

The emotions, courtesy of D.A.McKenna’s pen and the expressive tenor of the vocals, are all impressive, while the music includes the electric guitar as well as piano power chords, all suited to the arena-rock of probably Echoglass’ primary influences. 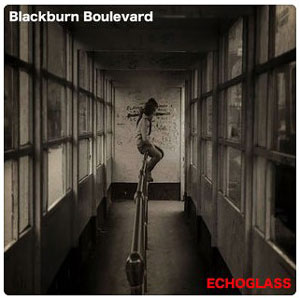 You can find subtle traces of Oasis, Radiohead, Coldplay and U2 pleasantly running underneath these motifs. Echoglass is a fascinating band for me, it’s hard to know what genre to place them in and almost everybody will have their own opinion about where they should be categorized. These three songs alone, each have their own particular style.

As all too many artists know, the fight to stay relevant is a real bitch. In an era where overnight sensations are at an all-time high, any form of success is fleeting. The internet has long replaced record stores, and the entire way we experience music has been overhauled in favor of possessing everything at your fingertips.

Now more than ever, bands are feeling the heat to let fans know that they even exist. Echoglass have wisely chosen the YouTube route where all their songs are released and stored for quick consumption.

Of the three above-mentioned tracks “Blackburn Boulevard” exudes strong radio-accessible qualities and fan favorite potential. Though, to be honest, in the long run it’s really a question of personal taste, as “Blackburn Boulevard” has an edgier alternative Top40 flavor, while “Last To Know” leans heavily toward the singer-songwriter or Country and Folk spectrum.

The former boasts a chorus so big that it threatens to burst right out of your speakers and come to life, while the latter has an infectious and mellifluous, adult-orientated melody.

Even though these songs result in being diverse between them, the organized song structures, interesting lyrical concepts, and a cohesive feel throughout, grips you from the start and refuses to let go. These songs are cannily constructed, and strongly delivered by the lead singer.

The teetering hook and promenade pace of “Last To Know”, the elegantly swooping vocals and gusting sound of “Eyes”, and the Brit-pop infused, alternative rock structure of “Blackburn Boulevard” all prove how satisfying well-produced, heartfelt music can be.