NUWEI: “Poison and Cure” – potent mapping between concept and execution

NUWEI (pronounced New Way) is an Industrial-BeatRock Band launched in 2017 from the idea of singer songwriter Osmel Ox Fabre. A free-thinking experimental band who delve into rock and... 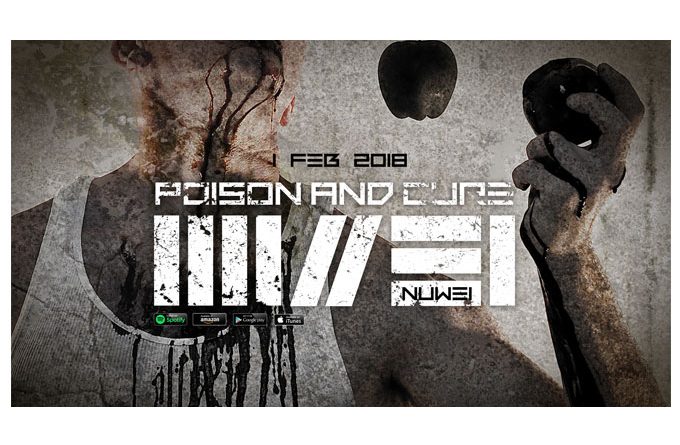 NUWEI (pronounced New Way) is an Industrial-BeatRock Band launched in 2017 from the idea of singer songwriter Osmel Ox Fabre. A free-thinking experimental band who delve into rock and electronic sounds, NUWEI has steadily built its presence on Soundcloud, where they have been receiving and ever-growing number of plays. The band have a brand new single out this month, entitled “Poison and Cure”.

No one could ever accuse NUWEI of not being a truly weird bunch of guys: just listen to their latest single, to hear the group at their absolute strangest. Bathing in some slow-burning stream-of-consciousness that unexpectedly swings between tortured lead vocals and full-on adlib chants.

A band like NUWEI  are usually at their best when they are at their strangest, which is why “Poison and Cure” is a very fine outing indeed for the Rome based group.

A sense of eclecticism and experimentation meets a wall of understated energy on this track. It’s soft, it’s loud, and it’s mesmerizing. Just sublime. It opens the listener up to explore the psyche of the human mind.

In this way, it can best be described as a track that is almost contrasting on the surface, and in a slightly schizophrenic wave of emotion it can take you to places you never thought you could go, and this is illustrated beautifully with Osmel Ox Fabre’s amazing singing and intriguing lyrics: “world, in what kind of world, do you believe you can be my poison and my cure?”

This song is brilliantly able to paint a picture in your mind through the vocal delivery and the brooding atmospheric texture that is very prominent on this release. “Poison and Cure” blasts through the speakers with a heavy backdrop of spiraling guitars and bass with beating hi-hats laced throughout.

The chorus comes like a rush of adrenaline in the midst of a calm and dark atmosphere. This song makes you feel like you are moving in slow motion and floating. The chorus contradicts with the verse as the intensity is picked up, a masterful arrangement technique NUWEI have quickly perfected in their songs.

I think the greatness behind “Poison and Cure” is in its tense and unorthodox structuring, while also delivering a fair share of heavy rocking. There’s a good amount of symbolism in it as well, which lends it to being an effort for which much discovery is necessary.

Its ability to transport you to another place is amazing, and is also where the true talent of NUWEI lies as a creative unit. They have the ability to deliver potent mapping between concept and execution, theme and content, as well as mechanics and tone.