The sheer enjoyability of most of upcoming pop icon David Shane’s songs does have a lot to do with the wonderful vocal performances from the artist himself, couples with...

The sheer enjoyability of most of upcoming pop icon David Shane’s songs does have a lot to do with the wonderful vocal performances from the artist himself, couples with the standout production that tries to steal the show quite often. And that’s not surprising considering that Shane has worked with people like Los Angeles music producer and engineer, Hagay Mizrahi of Gemini Musiq and Taylor Sparks, whose credits include Justin Bieber, Fifth Harmony, Meghan Trainor, Jason Derulo, Snoop Dogg, and Post Malone. The Arizona Native who has written songs for such well-known publishing companies as Universal Music Group/FirstCom, Crucial Music, Music Supervisor and JC3 Publishing, has had his music played on Television Shows such “HeartLand”, “Home And Away”, “American Rehab” among others, as well as Movies, College Radio Stations and other Media Platforms throughout the world. He has also had recent collaborations with Taylor Sparks and Billboard Top 40 Charting Artists VESSBROZ and Jaki Nelson. 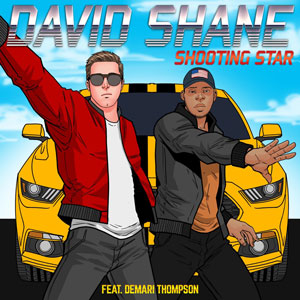 Shane, who sings and plays all the instruments on his recent releases, also wrote and produced his latest pop anthem “Shooting Star” ft. Demari Thompson. Nowhere is the combination of Shane’s irresistible charisma and wonderful production more of an unstoppable force than on this track.

Here David Shane struts his stuff, throwing out quotable after quotable with the help of the beat keeping the energy of the track building in the background: “If I had you. And you had me. There’s nothing else that I could ever need.”

And then rushing onto the bridge and chorus: “Would you be my shooting star. Even if we’re two worlds apart. Can you fix a broken heart? Never change who you are, cause I feel something so good…” “Shooting Star” is easily Shane’s best record yet.

Everything about this kid is slick and so easily accessible: He’s young, sweet-natured, and handsome; his grooves are produced to an immaculate sheen, and his silky, wide-ranging croon has a way of drifting right into your heart, and stirring your emotions…quickly. And that’s built-in pop flair, right there! 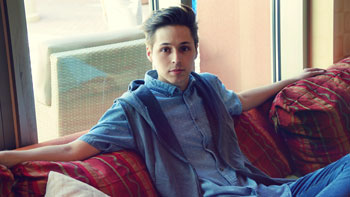 The question is, after running through the rest of his catalog. Is there anything David Shane can’t do, brilliantly? “Shooting Star” ft. Demari Thompson unleashes Shane’s uncanny pop sensibilities while he forges his usual set of strong vocals, indelible hooks and an ingenious melody. Shane brings a brightness to almost anything he sings, and if it’s about love, then the light is blinding!

There’s a clear ambition with “Shooting Star” ft. Demari Thompson. Shane is going for a breakout smash here, and Thompson adds the edgy urban twist that gives the track an even wider crossover appeal. No doubt David Shane’s excellent new take, is the real deal: an utterly engaging, hyper-catchy affair that assembles a fierce beat and a fiery uplifting, love anthem that soars with his superb voice.

CEO TreVo: “Lately” – seasoning every word with confidence and vigor