10 Electra was started by pure coincidence when lead singer of SY, C. Vanlan decided on a solo venture. After collaborating with guitarist Robert Gibbs, they started making music,... 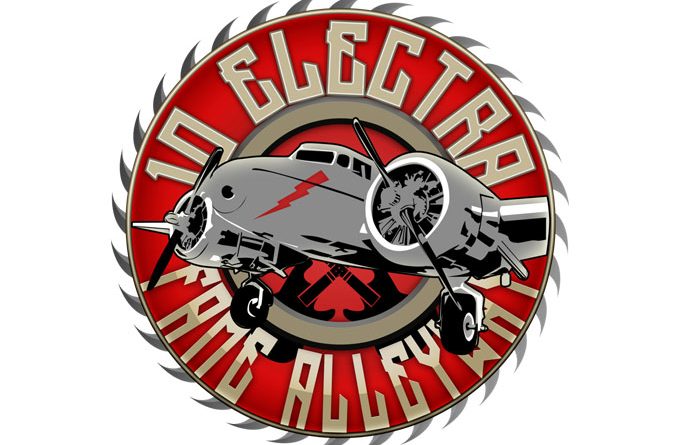 10 Electra was started by pure coincidence when lead singer of SY, C. Vanlan decided on a solo venture. After collaborating with guitarist Robert Gibbs, they started making music, and 10 Electra was born, later being completed with members Eva Neste (bass) and Sonal Jones (drums). Okay, so here’s the deal. Let’s get this out of the way quickly, because it’s the first comment any rock aficionado is going to make after listening to the band’s single – “Fame Alleyway”. Yes, it’s the closest I’ve heard anybody sound to Aerosmith. And yes, lead singer C. Vanlan, has an uncannily similar timbre and phrasing mode to that of the legendary Steven Tyler. To be honest, this may even be Aerosmith! Maybe with an obscure track from their mammoth back catalog, or a brand new track from an upcoming album. I wouldn’t know the difference and neither would you. Is that a good, or bad thing? That’s not the point!

The real point is, how does this unit and song, perform in 2018, within a genre that’s all but a fading shadow of its former 70’s and 80’s glory days ? From the opening riffs, the duo of guitarist Gibbs and singer C. Vanlan run roughshod over a funky as hell infectious rhythm. Neste’s thumped and plucked bass lines propel the song like a steam train, just managing to hang onto the tracks. Drummer Jones digs in and helps to hold it there for 4 minutes and 44 seconds without missing a beat. It sounds catchy enough for FM radio, and ass-kicking enough for a night at the arena.

I quickly ran a check on the current Billboard Top 100. I read names like Drake, Camilla Cabello, Migos, Post Malone and Bebe Rexha. Times have changed, so has the music scene. Nobody’s making music anymore, everyone’s making beats now. Why struggle to sing a song like “Fame Alleyway”, when you can talk your way through another one that skyrockets all the way up the charts?

Had this been the eighties, 10 Electra would actually be charting right now, with “Fame Alleyway”. But I guess I’m just a rock dinosaur. I love this track.  I love its simplicity, its raw sound, organic production and edgy glee.  I love the built-in musical maturity that seems to bloom fully formed. And I love the interplay of the whole band, with their chemistry all intact.

Nothing sounds overdone on “Fame Alleyway”, and it seems like 10 Electra had lots of fun making it. At the end of the day as an out and out classic rock sounding band, they wipe the floor with all the competition in their genre, who are wrongfully going in another direction, I think.

10 Electra have forged a single that gracefully fuses vintage hard rock grit, with very little contemporary gloss. There is plenty of prominent guitar, plenty of swagger, plenty of energy, and a touch of mystery. C. Vanlan is in great voice and peppers the lyrics with call backs to Tyler with stunning effect.

So, what’s the bottom line? If you’re a classic rock n’ roll fan, this track won’t let you down. If you’re not a fan, take your eye off the Billboard Top 100 for a couple of minutes, as well as the talking and the twerking, give this track a listen, and you soon may be a fan!