As both a solo artist and one-half of the experimental hip hop group Active I, Seattle singer-rapper Paradame has been busy paving her own lane as an artist since... 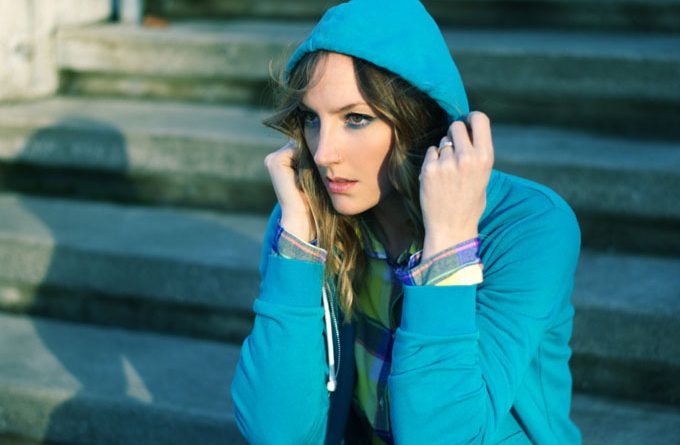 As both a solo artist and one-half of the experimental hip hop group Active I, Seattle singer-rapper Paradame has been busy paving her own lane as an artist since her debut on Audiodose Records in 2011. She blends dark electronica and R&B laced with smooth vocals and fiery raps which can be discovered on 2 solo albums, as well as 2 albums with Active 1, and over 20 guest features on various mixtapes and EPs. Paradame couples her songwriting skill and live performances with producer J.Lee Mezus’ bass-heavy rhythms.

Her passion and breathtaking vocal proficiency serve as the thumping pulse on her latest album, “Aye! Priori”. It’s exhilarating to hear Paradame nail the hairpin turns she takes on these tracks. The recording is a ray of hope in the current music scene, and it stays coolly upbeat and confidently shuffling through genres.

“Aye! Priori” capitalizes on Paradame’s veracity to her artistic character so well that the record is a successful stab at a well-sequenced, full-fledged crossover album. Her gusto, her soulful introspection, her crisp wordplay and the kaleidoscopic of musical influences she summons are all showcased here.

You can single out the character of each of the songs here with little effort. The opening track, “Hurricane” forges the voice of a compassionate soul, a survivor, and a raw, powerful vocalist. The songwriting is also impeccable and moving through the album, there’s a lot of different sounds to be discovered, so there’s bound to be something for everyone to enjoy.

On track two, “Wave”, she’s already on full rapping mode in the verses, backed by an edgy electronic beat. Unconstrained by the rigid demands of the industry’s pop machine, Paradame shows a musical depth and emotional interior that is hard to find in the usual arena anthems doing the rounds on local radio.

“Aye! Priori” is a document of Paradame coming fully into her own, blossoming into the artist she’s always showed signs of being on her earlier releases. It’s not only a triumph of songwriting and performance but also one of will. Through 7 tracks, Paradame steps into and out of herself – her powerful voice candid and rugged, over songs that reflect the very soul of who she is.

Powerful and poignant, “Break This”, is a clear example of the afflicting narrative she is able to construct.  Booming, beautiful voice aside, her biggest asset as a singer and songwriter is her willingness and ability to seem entirely human. She never obscures her flaws or submerges impulses or even her inner strengths, and all of that is on full-spectrum display throughout the album.

The slinky “Cobra CMDR” and “Don’t Ask Why” (Ft DMac Uno) put forward her dominatrix-cracking-a-whip flow, while “Ursula” and “A Thin Line” emphasize the way she can hit a chorus and hook so precisely and with such soulful and melodic impact. Across the record, the hints of spiritual narrative swells from intensely personal to sweeping and universal.

Musically, the songs build into a palpitating electronic soundscapes, with each new sound setting off interesting layers. Paradame’s shifts between restraint and exuberance, is sterling exhibit of her growth and maturity as a vocalist – pulling back when required, then powering straight ahead when you might least expect.

Yet, it’s no surprise given the stylistic flourishes she executes from track to track, and which really fit her like a glove. One of the biggest things you learn across “Aye! Priori” is how musically astute Paradame has become while learning and living her craft.

Lake of the Lion – subtle, haunting yet triumphed sounds