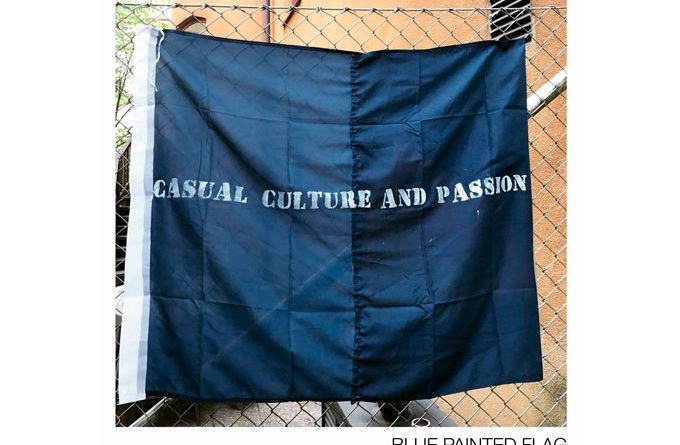 Blue Painted Flag is an underground indie act from Stockholm city, Sweden. The idea of Blue Painted Flag was born at the stands during the local Stockholm football team, the Blue Stripes’, home games, as well as on the trains across Sweden while following the Blue Stripes during away days. The first single, “Basically Everything Is Just a Play”, from the EP ”Nearly Alive, Almost Home”, was recorded in a shady music studio, located within an even shadier part of Stockholm, and was released in early 2018.

The beautiful, almost five-minute epic single, is made up of a looping drum beat and jangly guitar line, which kick off the atmospherics,  and the dreamy vocals, all gradually swirling into the mix. It’s a layered, hazy masterpiece that carries a hypnotic quality while still varying up the sounds to prevent stagnation. This is the mantra of the entire track, being surprisingly dynamic with nothing sounding out of place. Every note played feels like it belongs, and avoids coming across as gimmicky or pandering to a specific audience. 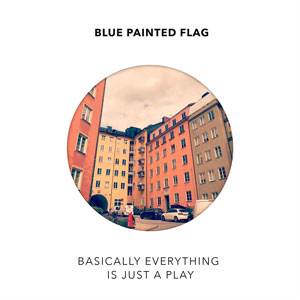 Gently picked guitar melodies support the otherworldly singing for an overwhelmingly wistful atmosphere. It’s a perfect example of proving that the band have a powerful emotional resonance in their music. Upon first listen, it’s clear to see that Blue Painted Flag aren’t trying to win anyone over with anything other than their songwriting. They avoid any instrumental flare or any displays of musical virtuosity, leaving lots of pressure on the vocals to be damn impressive. Fortunately, they deliver.

The angelic voice showcases the exact vocal feel, both melodically and lyrically, of breathing in our ears. While this is going on, the guitars bleed high notes with an almost synth-type feel, only adding to the dream-like effect the reverb-heavy vocals create. It’s that strength which lends itself to “Basically Everything Is Just a Play”, in which the lead vocalist concocts a mesmerizing melody. Sometimes in the rush of the everyday, or in the ever-present flood of new, loud, danceable music, we forget to take a moment to listen to those records that remind us why we love music as much as we do.

Blue Painted Flag is like that for me. Take a few moments to bury your ears in the washes of gentle guitars and rhythms of “Basically Everything Is Just a Play”, it is, simply put, heavenly. Hearing this music transports me back to the days of scavenging record shops for the newest imports from the other side of the pond, and finding many an aural treasure. This tracks prove just how much of the lush, swirling maelstrom of sonic loveliness is real musicianship and not studio trickery.

One of Blue Painted Flag most positive features is their way to make large, hulking songs sound airy and weightless, giving the listener easier access into imaginary flight, slow-motion memories and fantastical reveries. On “Basically Everything Is Just a Play” the band has delivered on all the levels that fans of the genre would desire: beauty, atmosphere, emotion and creative bravado.