“Still Howling 3” is grown folks Hip-hop. This is Introspective album where John J delves deeper than the surface on a number of relevant personal and societal topics. This... 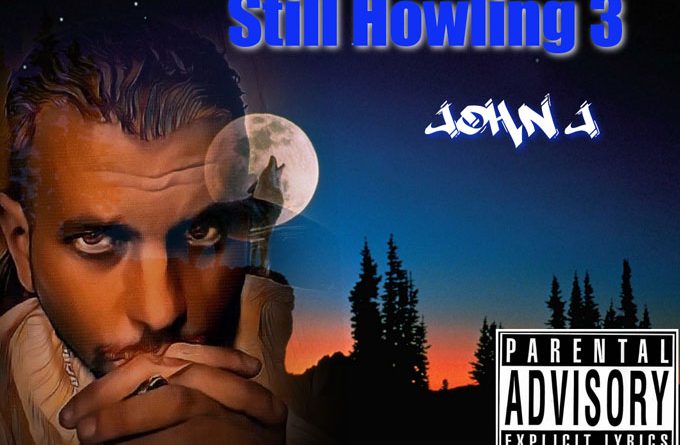 “Still Howling 3” is grown folks Hip-hop. This is Introspective album where John J delves deeper than the surface on a number of relevant personal and societal topics. This isn’t for those strictly looking for club bangers. It’s for those that are trying to hear some soulful hip hop and push their own growth. John J definitely drops jewels in this, pushing the growth of Hip-hip forward. The Bronx rapper really opened up his heart with this album and it is amazing; far from the rap that is out today that you can’t even understand. John J is one of the best kept secrets in underground hip hop. The passionate emcee rocks the mic with a unique style, reminiscent of 90s era golden age flows mixed with a new twist— heavy, meaningful lyrics and a powerful delivery. Inspired by the greats, Tupac, Nas, Joe Budden, AZ and Jay Z.

There’s just so much invaluable verbiage here, while the beats luxuriate in burnished urban soul sounds; combined with the light feature roster and the short running time, this makes for the one of the most focused John J albums. It’s not surprising that he would deliver the same high quality sound found on any of his defining records, but what is surprising is how much fight he’s got in him. John J sounds engaged, delivering punchlines with gusto, allowing his voice to creak during moments of confession, varying his flow like the pro that he is.

There’s not a wasted moment on “Still Howling 3”, an album that’s too taut and focused for any distractions from its central thesis. John J takes this recording seriously and doesn’t forget to infuse it with crackling energy.

It adds up to an album that builds on the themes that he’s pursued on all his previous works, all while finding new depth within them. And for all its raw visceral power, the album turned out to be a balanced, sophisticated and a well-put together package. John J continues to show his growth without being obnoxiously pretentious with his skills, across these tracks.

Sure, he flexes on tracks like “Living Ghost” and “Talking Bottles” but it feels constructive. He lyrically outclasses himself throughout the album and challenges himself by adding plenty of emotional depth to songs like “One Day” and “No Sleep & Heartache”, featuring the soulful vocals of Breana Miran.

The musical chemistry between Breana and John J is surreal, just as it is between John J and Kxng Crooked from Shady Records. With a treasure trove of knowledge and confessions, they push these songs onto the next level.

Human evolution requires digging deep into the introspection we often tend to avoid. It takes finding and using that courage inside the strengths we didn’t know we had to help us arrive at that place of transparent vulnerability.

In his new project, we find John J in this cathartic and honest destination. Sonically, “Still Howling 3” is unerringly saturated with great rhymes and beats. This album once again marks the focused wit, the sharp rhymes, and impenetrable swagger that John J blends into his gritty realism.

Major Tom: “2.0” – Its impact transcends any trend or genre