Go10: “Who Knew That I Would Take It There” – nurtured with care

Go10 is a music rapper/producer that has produced a wide range of albums. His projects, available online and via iTunes,  include ‘Verse Galactic’ – EP, ‘10 beats 4 you’... 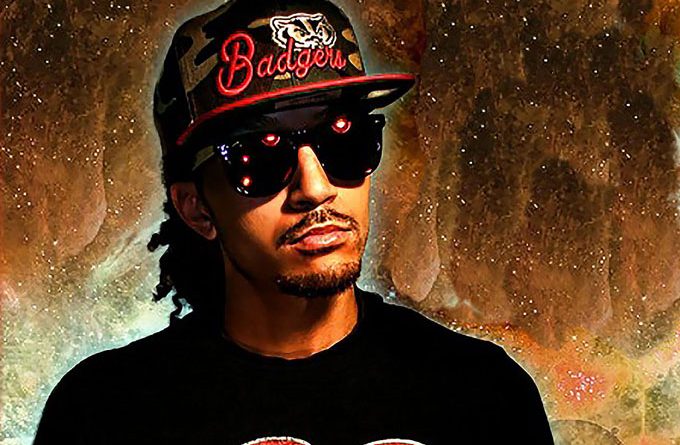 Go10 is a music rapper/producer that has produced a wide range of albums. His projects, available online and via iTunes,  include ‘Verse Galactic’ – EP, ‘10 beats 4 you’ (Instrumental Album), ‘GroundKontrol’, ‘Glazin On You Vol.1’, ‘UnderWorld Tha Movement’, ‘Fluent Harmonics’(Instrumental Album), ‘Victory’ and ‘10 Beatz 4 You 2’ (Instrumental Album). With a versatile style that draws inspiration from the likes of The Rza, J-Dilla, Outkast, Three 6 Mafia and Avicii, Go10’s track, ‘No Turning Back’ has been featured in ‘Love and Hip Hop Atlanta’ episode 31. His track, ‘Speed Racer’ was also featured in cable series Franken Food on Spike TV. Rap is a proudly competitive genre, and America is a country that targets black men.

The coolness of hip-hop’s tropes—materialism, struggles and the hardened poise—aren’t just accessories, but requirements for survival. Go10’s latest release, the single “Who Knew That I Would Take It There”, produced by Dynamik Duo is a 3 and a half minute investigative confessional that attempts to bring this narrative full circle. 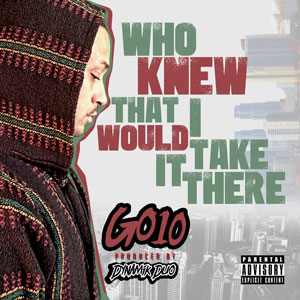 The rapper’s investigative missives and admissions are bolstered by his impressionistic swerves. The song plays out like a lived experience in progress, as Go10 phrases each thought in the first person, and the present tense.

Go10’s rapping is confident and smooth, absent of any desperation or posturing. Unlike many of his contemporaries, he’s not bringing a bloated, over-produced mass of narcissism to the table. Go10 has a sense of artistry, and a will to connect to an ideal audience.

Moreover, he’s more interested in explaining – and, above all, in being understood – than simply stunting. A fair share of the track’s personality and charm can also be directly credited, to Dynamik Duo production style, which is almost as masterful as the lyrical content.

However, perhaps the most impressive element on display here is Go10’s rhyming style and flow. He has a complete sense of poise, elegance and versatility scattered throughout the song, proving that hip-hop can be a beautiful thing when nurtured with care.

At the same time it becomes clearer that only the gifted, dedicated and focused artists can make an impression in the ever changing face of modern Rap and Hip-hop. An occasion that Go10 does not let go begging with this superior piece of work.

MIIKØ & Adonis Butler: “As I Am” – powerful and communicative