Ma$k On: “My Reasons” will leave you wanting more…

Currently getting ready to drop his Ep within a few weeks, Ma$k On is a 24 year old rapper from Florida who has been doing music all his life....

Currently getting ready to drop his Ep within a few weeks, Ma$k On is a 24 year old rapper from Florida who has been doing music all his life. We caught up with the single “My Reasons”, just to get a taste of the flavors we can expect from the upcoming EP. Words have a hard time coming together to describe just how amazing simple and affecting this track is. The lyrics are solid and the writing style alone is worth accolades but the music is also well composed and the entirety of these elements, so well put together, that if you don’t hear this song a few times from start to finish, you’re doing yourself a disservice. 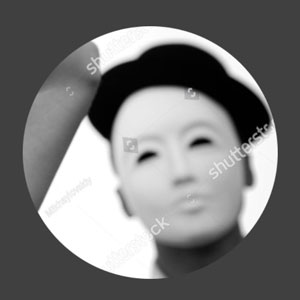 The way the song expresses a linear story-line will keep the listener entranced. It will leave you hoping for more but not because of “what could’ve been” but rather the length. As it has a short playing time. Perhaps deliberately…

Sure “My Reasons” would’ve benefited from a longer run time, but that’s just it. In all other aspects the song appears flawless. And maybe that’s part of the game plan. Ma$k On gives you just enough to tantalize and whet your appetite, and then leaves you wanting more.

From start to finish this is a beautiful but bittersweet ballad of love and vulnerability culminated over the top of a wonderfully produced minimal beat. The lyrics are honest and introspective. It’s so refreshing to hear a hip-hop artist talk so openly and unapologetically about certain aspects of love and what may bring a relationship to end.

“My Reasons” is a smooth and lilting track dappled with swathes of confrontation and confession at the end of a relationship, as the narrator affirms his reasoning. The track introduces us to an artist that seems more interested in cultivating lyrical and sonic beauty instead of testing his listeners’ tolerance for profanity, like many of his contemporaries.

Lyrically, Ma$k On digs fairly deep, putting the situation into perspective from his point of view. Although emotionally raw, “My Reasons” never comes off as trite or gimmicky, but rather as something between a statement of intent and a therapy session.

Ma$k On is a highly lyrical MC, and he also has a great vocal presence and voice. The beat floats along in the background and just melts together with Ma$k On’s relaxed yet impassioned vocals. It’s a track that just vibes, and where the rapper’s ambition and musicality meet on the same level.