Best known for her chart-topping single, “Christmas Without You,” the independent award-winning singer/songwriter from Apple Valley, CA, Luanne Hunt, has been working hard at her craft for over twenty... 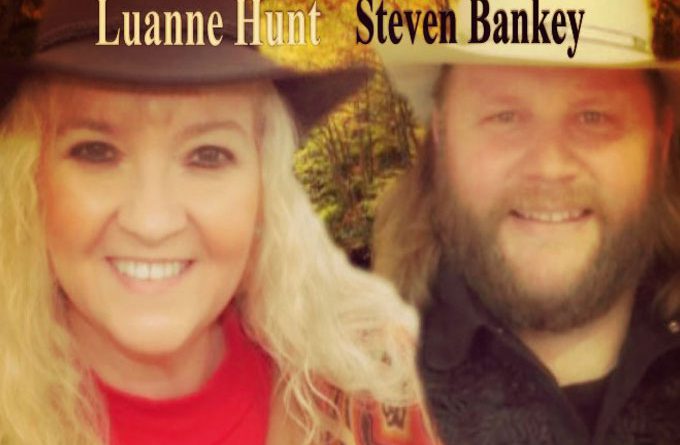 Best known for her chart-topping single, “Christmas Without You,” the independent award-winning singer/songwriter from Apple Valley, CA, Luanne Hunt, has been working hard at her craft for over twenty years. Working with studio musicians who have backed everyone from the Righteous Brothers to Kenny Loggins, Luanne has topped the Indie Music Charts in both the USA and Europe, as well as making her way onto the Grammy ballot in two categories: Best Country Song and Best Female Country Performance. For her brand new single, “Lightning In A Bottle”, Luanne has teamed up with Steven Bankey.

She met up with the Sioux City Iowa-based singer- songwriter, who performs at local clubs and concert venues, in 2016 when Luanne hired him to back her up at a music festival in LeMars, Iowa. The connection grew into a collaboration between Bankey, Luanne, and her husband Steve Hunt, which resulted in the new single being released. 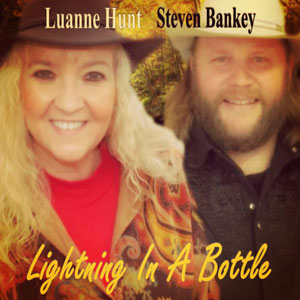 This is just plain good music. Almost no frills, no fancy arrangements, just two great personalities meshing and delivering a great Country duet. To hear them sing together is pure magic – unadulterated by the alterations the studios do with recording artists these days. While listening to this wonderful song you remember the days when country music was all about the song.

Today’s country tries to be an urbanized fashion show, while older country songs told stories. This has always been the principal key in Luanne Hunt’s songs. She has kept her music as close to its purest core as possible. And on “Lightning In A Bottle” she repeats the rewarding process again.

Like every other real country music fan, it is easy to be smitten with Luanne’s individualism, infectious wit, independent spirit, humorous candor, refreshing frankness and immense talent displayed through her songs. This time around she shares those humanistic and artistic fundamentals with Steven Bankey, and their voices are a perfect match on the song.

The result is a marvelous record, full of warmth, heart and honesty as it narrates the undesired pitfalls of drinking – “Aint’ no lightning in that bottle, only heartache. Ain’t no way to be a bigger man. And all your dreams curl up and die, and you become another guy. Listen to your heart and understand.”

Luanne is in fine form throughout, sweetly belting out her lines before joining in the muscular chorus with Bankey, who keeps the pace and tone of the track rolling perfectly ahead.  By the time “Lightning In A Bottle” closes, it’s hard to resist the temptation to hit the start button and go straight back to the beginning again.

Luanne Hunt has found the perfect partner in Steven Bankey and together they’ve managed to engineer one of the nicest country duets of the year so far. Hopefully, this will be the start of a beautiful musical friendship, leading to some more collaborative efforts.

SoulJah Bless: “Heart of FYAH” – a man with a purpose!