“Workflow” is a very well rounded brand new EP from Los Angeles creative TalentDisplay. A lyrical showcase from an underrated artist, this collection of 5 songs has high replay... 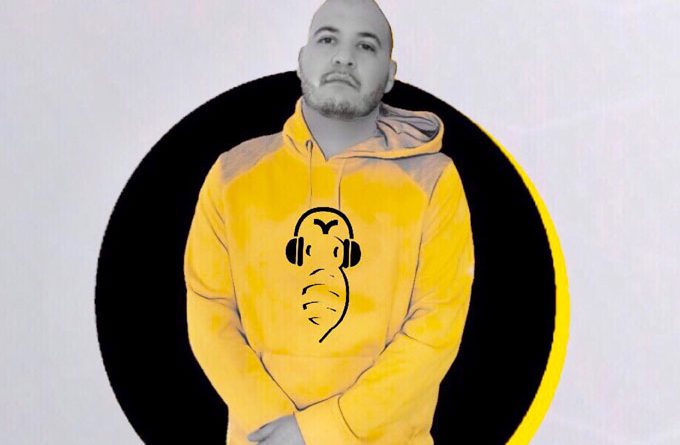 “Workflow” is a very well rounded brand new EP from Los Angeles creative TalentDisplay. A lyrical showcase from an underrated artist, this collection of 5 songs has high replay value from start to finish, and is must have for any fan of hip-hop. “Workflow”, is a follow up to his stunning, and critically acclaimed album, “The Antagonist” from last year. TalentDisplay has always been on point with his production and this EP is more of the same. Anyone who claims that he reaches new heights on this one is not telling the truth. It’s just typical TalentDisplay hardworking brilliance as always. All of his music is solid every inch of the way through, to provide good listening, as sublime lyricism blends with trunk rattling beats and massive melodies. He is truly on another level when it comes to independent productions. I don’t know if or when the industry will be ready to allow him elite status as a rapper/producer but TalentDisplay can hold his own with any of the new jacks in the game right now. 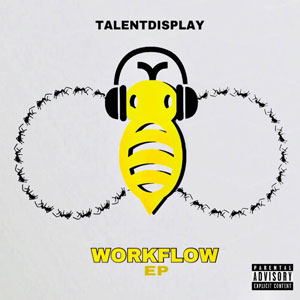 I will be honest from the outset, this dude has quickly become one of my favorite rap artists, and there is only a handful of them on my list. “Workflow” is technically the shortest of his official projects, but structurally, it’s as weightiest as anything else he has done to date.

That’s OK, because TalentDisplay doesn’t need too much time and space to showcase his range if he wants to create a masterpiece. The EP starts off with a bang forging a set of excellent tracks that sees the artist once again checking all his usual musical boxes. Right from the get go, on “Back To The Music”, it becomes clear that TalentDisplay has never sounded so natural.

This is an epic arrangement with piano, strings and bass bringing an ominous sound on which TalentDisplay lays down a fiery flow and incendiary lyricism. What’s more, is that on this new effort, he has created a concept about his grind that threads the entire project together; a narrative that encompasses the duration of the EP in a loose enough way to allow both bangers and more mellow tracks to coexist in a uniform manner.

“Work” sees the rapper deliver a more aggressive and abrasive vocal execution, as he seeks to certify his affirmations. The track will leave you thinking about why TalentDisplay has the name he does. He goes hard on this one and shows that he can be both timeless and relevant. 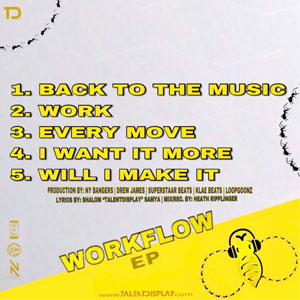 The EP reaches another peak at the half-way point, with the stellar “Every Move”. This track definitely should be a big hit. Infused with his signature melody and giving a bit of a glimpse of his vocal talent.

Darker and slower, with a hint of romanticism “I Want It More” is one of my favorite tracks on the EP. He goes on to rap about feeling so connected to someone he barely knows, and not feeling weary at all. If you want a lesson in how to write a rap love song, this is the one template to follow. “When I make it, will I know I did, or will I mistake it, if I already made it…” opens another EP highlight with “Will I Make It”. Running rife with contemplation and deep thought, as he continues to evolve as an artist, TalentDisplay continues to provide us with timeless material such as this.

Through his music, TalentDisplay asserts himself as a profound lyricist with an abundance of double entendres, metaphors, quotables and a stream of consciousness that threads through each of his narratives. His creativity soars light years beyond several of his contemporaries, and his lyricism is unparalleled to those representing his geographical region. “Workflow” only proves the strengths and artistry TalentDisplay.

“Behind the Wheel” – Dobie Bootleg Remix – a great floor-filler!