Amrkns: “Coogi Musik” – a team in every sense of the word

Amrkns (pronounced Amera-kahns) is the music group formed by cousins Mansa and Musa, a new hip hop duo born on tobacco road, North Carolina, and brought up in the... 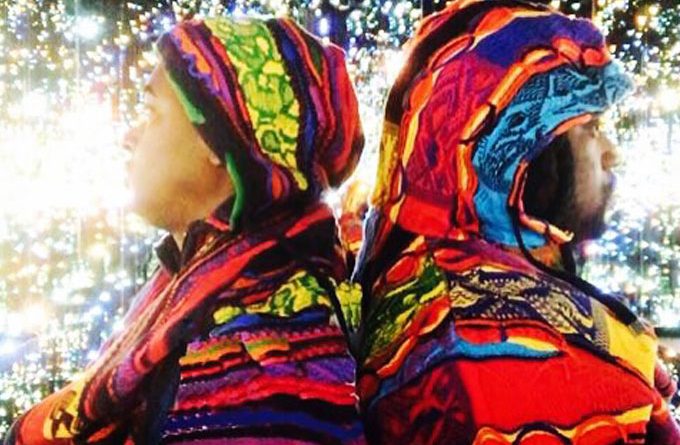 Amrkns (pronounced Amera-kahns) is the music group formed by cousins Mansa and Musa, a new hip hop duo born on tobacco road, North Carolina, and brought up in the melting pot known as the DMV(DC, MD, VA). The most famous rappers historically have been known to focus on their craft lyrically and the beat would merely be an accessory to the rap itself. Over time society seems to have evolved to care less about the words and more about the noise or how catchy a song is. Naturally people are critical of these trends but the younger generation seems to enjoy them. Rap groups or duos also rarely actually work. The idea of them is dope, for sure, but almost always, they have a weak link, except for a handful, and when realized, it becomes really annoying. So it goes without saying that I was skeptical as I pressed play on the trendy fashion conscious single, “Coogi Musik”. 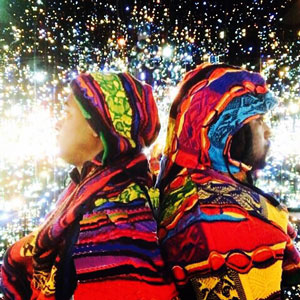 Amrkns brings it’s very own experience to “Coogi Musik”, by blending lyrical craft with a catchy beat. But what makes this a good single is that Amrkns work. Two different rappers, who operate best as a unit.

Their voices fill every second of song while the weight of the hooks, verses, and choruses is evenly dispersed, allowing Mansa and Musa to rap around each other in a way that’s crucial to the completeness of the piece as a whole. It allows both members to share the spotlight evenly. They are a team in every sense of the word.

Because of the fairly similar verses across the song – done in their special style and magnetic flow – the catchiness of the chorus is what gives the track its extra feel-good mileage. In this sense, “Coogi Musik” is a masterpiece. Showing the performance prowess of Amrkns’ artistry.

The track accomplishes the impressive feat of staying fun and engaging across its entire playing time. Proving that the duo’s vision is worthy of a franchise. These guys are versatile and focused. The Amrkns have mastered their craft. They are able to deliver what audiences may expect, as well as being capable of exploring more interesting caprices for themselves.

Each member of the group has charismatically fine-tuned their own personal sound to make an intoxicating appearance on the track, showing versatile and dominant lyricism that adds a perfect dimension of fashion branding to the kindle and bouncy beat. Mansa and Musa have the talent and now they have our attention with “Coogi Musik” – let’s see how far they are prepared to take it, moving forward.

Gonetcha: “Mission” – A Journey To A Higher Place