When an artist carves out their own sub-genre within a sub-genre, it becomes a separate conversation to discuss their work in its own world, versus in the larger world... 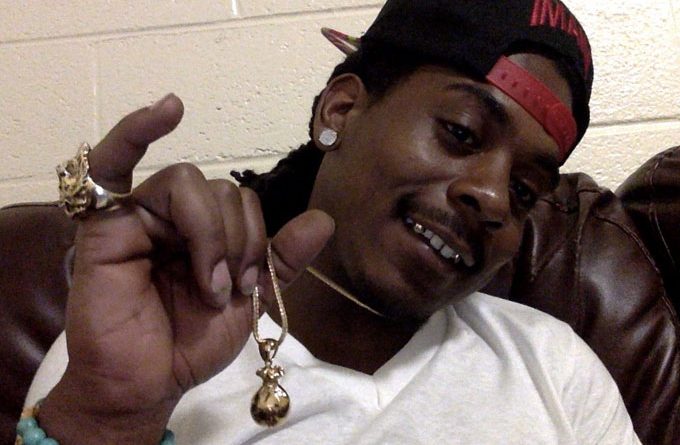 When an artist carves out their own sub-genre within a sub-genre, it becomes a separate conversation to discuss their work in its own world, versus in the larger world of their genre, regional scene, or music as a whole. However, this really radical rapper from Norfolk VA, named J-MADIC, who launched his SOLO BALLIN ENTERTAINMENT project in 2012, is the type of entertainer who could polarize listeners every bit as much as Kayne, albeit on a different and somewhat micro level. 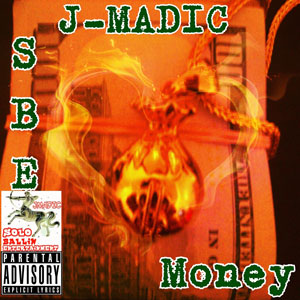 On one hand you have his more melodic work, but on the other hand you have basically the rest of his stuff, consisting of a singular sing-song rap style presented with an avant-garde flair. On the current tracks, “MONEY” and “SHAKE IT” which I have currently loaded into my sound system, he nearly manages to introduce some kind of third element.

Typically it’s hard to figure out what he is trying to do, because he is a couple of steps ahead, and left-field of the mainstream movement. It seems like he wants to periodically remind us that he can actually rap, in between his more experimental song ideas, and I think the critics will support that notion, just as much as the eccentric rap scene does.

Another thing J-MADIC has, is a sort of itch to reference the larger genre of rap, in humorous or ironic type ways. I feel that this almost satirical element of lyrical cues to traditional rap terminology, is one the main thing that elevates his style onto another level. It just seems to snap you into his fever dream of fantastical lyrical imagery. 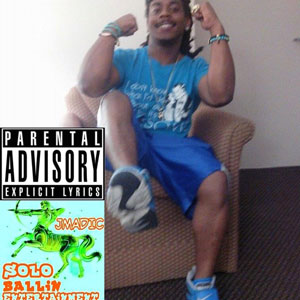 On “MONEY”, J-MADIC really nails this odd third element of referencing the larger rap scene with stuff like repeating the “money” trademark phrases found on most rap songs. Identity is everything in rap music, and J-MADIC welcomes that into his world, without becoming it, much in the way he did on some of his previous releases.

Since I reviewed “GOOD LUCK AMERICA” I thought J-MADIC was cool for being slightly weird, but these tracks convinced me he is more of a pop creative, than just an esoteric rambler. “Shake It” strikes a nice blend between some of his preferred singular elements – enigmatic delivery, palpable lyrics, and rolling esoteric beat – for his own style of dancing vibe.

It’s hard to compare J-MADIC to anyone else because he is entirely in his own lane. If you love post-modern absurdum in rap form, over new wave inspired beats, then you need this.

He feels really refreshed on these tracks and flashes his stockpile of skills and soaring creativity which feels really new, more dynamic, as he continues to examine the world’s vices and virtues, as well as its absurdities and oddities. This is the type of off-the-wall artist the underground needs to keep on thriving.