It seems that Deep C Divers could easily aspire to be all bands to all fans. Though they outwardly appear like an alternative rock ensemble from Boston, the four-piece... 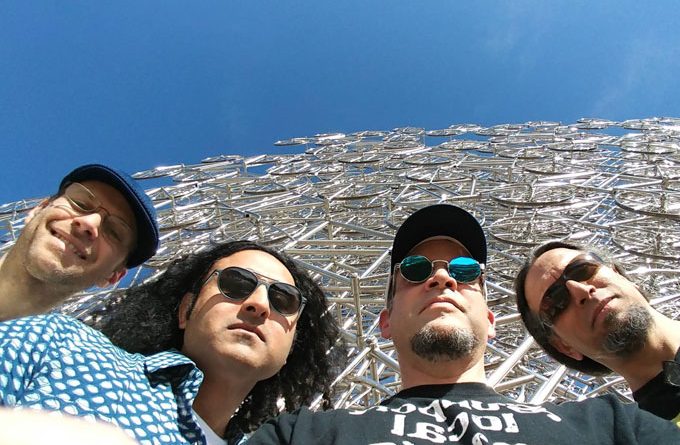 It seems that Deep C Divers could easily aspire to be all bands to all fans. Though they outwardly appear like an alternative rock ensemble from Boston, the four-piece outfit purvey a rootsy sound with all the natural zest their area of origin typically inspires. Not surprisingly then, their proficiency for alternate rock, retro rhythm & soul and reggae spans the usual parameters, without leaving any touchstones unturned when it comes to traversing a wide divide. Nevertheless, while their lofty album title seems to suggest some sort of overarching ambitions, the music embodied in “Making Waves” — Deep C Divers’ latest album release —maintains an unassuming, down-home perspective that is neither pretentious nor pandering.

Gritty ass-kicking rockers like “Who’s Gonna” and “Be My Friend” find equal footing with the funk-fueled rallying cry of “Feel The Light” and the soulful reggae balladry that underscores “Sunshine”. Indeed, in light of the nation’s recent racial umbrage, America’s citizenry could take a lesson from Deep C Divers’ ability to blur the boundaries. 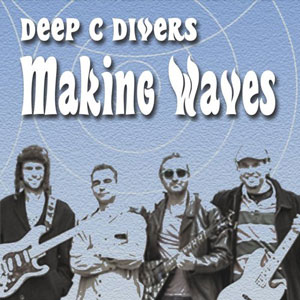 There really isn’t a bad song in the lot on this album. You’ll want to sing along, and you’ll fail for the most part. Deep Chinappa’s phrasings and vocal range are both unpredictable and impressive, and the songs allow him an ample playground for his feats.

The album is truly sold by the value of its organic production, the band’s all-round performance and the vocal delivery of Deep C, who is on point throughout. By the time the recording gets to the infectious high-energy closer “Be My Friend”, all comparisons to any bands vanish from your mind. It’s so good that it barely even matters.

The tracks that stand on the record certainly include the single, “Smile For Better Days”, with its straightforward and catchy chorus. While “Closer To My Heart” is best marked by its driving and captivating guitar accentuated by the vocals. This track has a fully layered arrangement that is full dramatic tension.

Deep C Divers, take advantage of their own generous studio prowess in an effort to induce more performance-based sensibilities. The result is an album which leans first and foremost on capturing authentic moments in warm, rich tones and with a distinctly raw, old-world feel.

Mirroring the broader themes which connect the individual songs on the album, the recording and instrumentation on “Making Waves” represent the primal step in Deep C Divers’ musical depth and maturity. This is a perfect album to sit down with and get to know well; it is undeniably soulful and emotional, and thanks to the variety in tone and tempo, there is a track that everyone can relate to.

The Husk platform provides an effective advertising platform for musicians on Spotify, Soundcloud, and YouTube

Tay Campbell: “With Me” – Lush and Reflective