B.D.Kold: “Walking In Faith The E.P.” – raw and honest insight

Brandon Dwayne Stovall aka B.D.Kold is a songwriter and rapper who grew up just outside of Baton Rouge. He delivers incredibly honest and real lyrics that lay his inner... 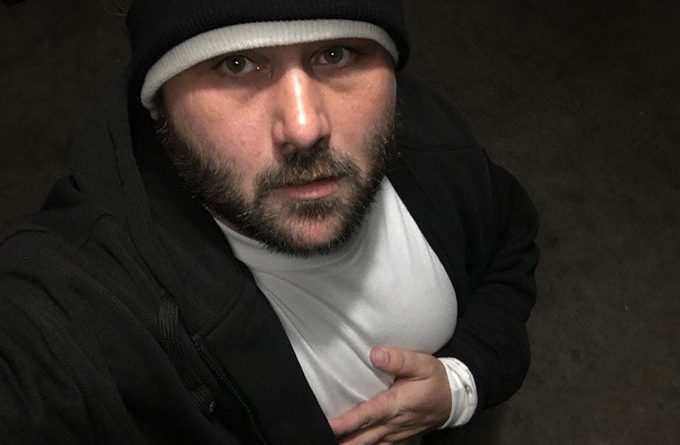 Brandon Dwayne Stovall aka B.D.Kold is a songwriter and rapper who grew up just outside of Baton Rouge. He delivers incredibly honest and real lyrics that lay his inner demons on the table for all to see. B.D.Kold just released his 5 track recording, “Walking In Faith The E.P.”, that lays down the groundwork for his future in the industry. I want to start off by saying that this EP is absolutely affecting. B.D.Kold has such a distinct and incredibly honest style of rapping that brilliantly shines through on this recording His songs are intense; they aren’t just something you will sit down and listen to, they will seriously make you think about your life. B.D.Kold doesn’t waste any time in this concise recording – every word has a purpose and provides an incredible insight into the life of someone who has gone through hardships. This insight, the rapper passes to us, in hopes that we too can find our true purpose and help out one another. 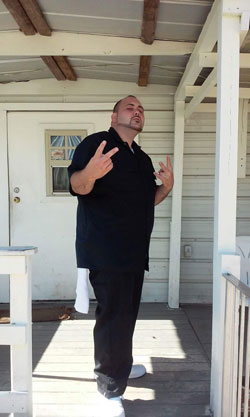 B.D.Kold grew up in a small working class community and with both parents working, he found his way as a trouble maker at an early age. At 13 he decided to run away from home stealing a car and making it to Alabama where he totaled the vehicle running from state police.

Lucky to be alive, he begin to search for his purpose in life, and over the ensuing years rapping became his passion and what he decided he wanted his career path to be. But again, in pursuing rap on the local scene he came into contact with the ways of street life which induced, a then naïve youngster like himself, to want to earn respect and money via the drug trade just like everybody else seemed to be doing.

After years of battling multiple addictions and countless run ins with the law, in 2014 he entered into a disciple program a few towns distant from where he grew up. He began to learn the word and biblical precepts God began to put it in his heart, to reach the people that were like he once was. This elevated B.D.Kold’s attitude to a positive and uplifting one, and fired up the approach to his music.

Now that he has focused his perspective, he needs to gain people’s attention to bring them the message. That is the goal of “Walking In Faith The E.P.”. In today’s gritty rap industry, it is difficult to find artists who are profound, honest, and interesting. B.D.Kold is as such throughout this record.

Every track on this recording sounds personal to the artist, and that makes every song seem like something special. Each cut has its own meaning in the bigger story. The EP sounds amazing too, and the combination of meaning and sound is absolutely terrific. Right from when the first track, “Make It Rain” opens, it’s hard not to connect with B.D.Kold as a person when listening to his music. 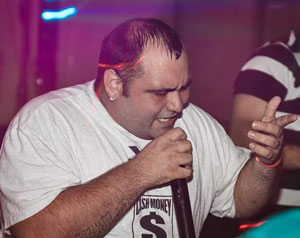 “No Matter What” gives you raw and honest insight into the artist’s mind, his life, his personal struggles, and his gratitude for God’s grace, in picking him up and changing his heart. Just as I expected, the production quality of this EP is superb and fits both the mood and B.D.Kold’s style perfectly.

The mood, layering and attention to detail is always exceptional throughout the EP. The beauty of “Trust In You” is staggering. B.D.Kold finds comfort, healing and hope in this song which he shares with others. The cool downtempo beat, from the drums to the keyboards, is just plain awesome.

B.D.Kold runs in his own lane and does it well. His intense rap on “Army Of The Lord” will resonate with CHH fans very well because of how different his rapping style is from the rest of CHH. His realness and intensity he brings in this song is captivating.

Often we become too comfortable in our culture, and we need reminders to look into the mirror and see the truth.  “Walking In Faith The E.P.” is a recording that makes you do exactly that.  Every song makes you think.  The lyrics and meaning are the focus, but B.D.Kold doesn’t sacrifice sound in the process.

Deltiimo & Marley Blandford “On My Own Again” – Another Sizzling Anthem!