ReachingNOVA ft Amnel: “The Meditation” bubbles with the infectious positivity

Great urban music, at least its apex, is the province of the audacious, rearranging norms, writing unheard of hooks, putting together mesmerizing beats, and doing things we don’t expect...

Great urban music, at least its apex, is the province of the audacious, rearranging norms, writing unheard of hooks, putting together mesmerizing beats, and doing things we don’t expect because they are also things we can’t conceive without a creative mind. In this grand lineage, I submit The Bronx, NYC recording artist, ReachingNOVA. He isn’t just completing elaborate musical math equations. He’s funneling his soul through his own established aesthetic, making songs that throb with longing out of music that usually bangs. He is doing exactly what he intends to, and succeeding greatly at it. Currently, the artist has been busy working on new, exciting music, while touring his catalog throughout the New York City Hip Hop circuit, and outside states as well. 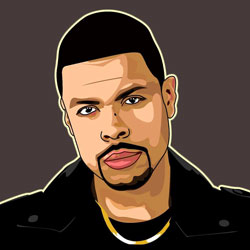 On September 18, 2017 he released a brand new EP titled “It Was What It Was” (#IWWIW). This release is the follow up to ReachingNOVA’s solo-debut album, “It’s About Time”, released earlier in 2016. Now the artist has dropped his brand new single, entitled “The Meditation” ft. Amnel.

From the jump, ReachingNOVA makes it clear that he ain’t ever rusty when it comes to pure rhymes, smooth melody and a luscious beat. The song, entirely written by the artist and co-produced by himself and Geo The Architect (@geo_the_architect), is a gorgeous arrangement about learning how to cope with life.

There’s a clear narrative of his life experiences fueling the theme, and he goes in deep. We make mistakes, so cannot always win in life, but neither will loss be our full story. A balance of both, combines to paint the full picture. And that is what this track offers. It provides the wisdom, stories and learnings from ReachingNOVA’s life, and lays it on the table.

ReachingNOVA has developed a loyal fan base, and part of the reason for that is, the blood sweat and tears he puts into his verses. The song’s lines become poetic, with the classic ReachingNOVA delivery that has him close-up into the microphone to bring on the lyrical fire. 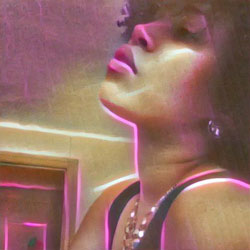 There’s a lot of introspective vision as the project unfolds, delivering a motivational fest that is deeply satisfying. I don’t think you can listen to this and not be motivated to go out and achieve some sort of balance in your life.

Equally divided between bars and melody, “The Meditation” ft. Amnel bubbles with the most infectious positivity, and Amnel Holguin’s sweetly succulent voice adds an extra dimension of harmony to the proceedings.

MORE ABOUT: ReachingNOVA is a Hip Hop artist from The Bronx, NYC. His songs echo the lush melodies of contemporary rap, with the punch and the lyrical honesty of the “golden age”. With a focus on great lyrics and banging instrumentals, ReachingNOVA makes songs with a smooth and personal lyrical flow, following in the footsteps of some of the greatest rap storytellers of all generations – from KRS ONE to Biggie Smalls or Drake, but he’s also really inspired by people such as LeBron James and Anthony Robbins.