D.Ni.L is a self-taught, guitarist, bassist, keyboardist, drummer and vocalist. Born in Croydon and raised in York (UK), he was heavily influenced by Motown artists and especially Michael Jackson....

D.Ni.L is a self-taught, guitarist, bassist, keyboardist, drummer and vocalist. Born in Croydon and raised in York (UK), he was heavily influenced by Motown artists and especially Michael Jackson. D.Ni.L who grew up in the 90s also loved a lot of indie music from that era, particularly The Charlatans, Manic Street Preachers and The Stone Roses. While other big influences also include Nirvana, Helmet, Slint and Deftones. For twenty years though D.Ni.L’s life had been in a downward spiral due to drink and drug addiction. He spent four years in hostels for the homeless and sleeping rough.

“The last year however has been different,” says the artist. “I have stayed clean, with my composing taking a key role in my recovery.” His third album, ‘Boy Inside’, is due for release in May 2018, while he is also adding the finishing touches to his fourth album.” In the meantime D.Ni.L has released the single “Glue”.

This isn’t the first time Rock and Rap has been fused together, but it’s certainly the boldest in 2018. You’ve got D.Ni.L shredding tasty riffs along the fret board, while the drums pound away and the bass throbs under it all. “Glue” comes at you at full force. And accelerates.

It takes you left, then right and then along a brand new axis of movement you had previously not discovered. It sounds angry, reflective and nonplussed all within a few bars of each other, yet stays consistent and tight. Despite the roaring and huge sound you encounter, the track, as a complete theme is profoundly introspective.

The sound quality is famously brilliant on “Glue”: no over-compression, restrictive audio manipulation, clipping or other waveform distortions here. This track really is pure and unadulterated in every way. The single is all about inspiring music that is straightforward, in your face, uncompromising and hugely powerful. 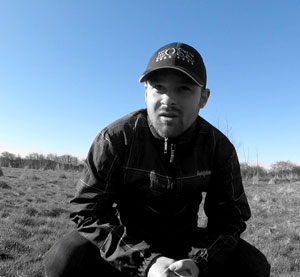 Based on those criteria, this is an absolute authentic listening experience. The world we live in is going through hell, and in the face of heightened social tensions and personal turmoil in modern society, D.Ni.L’s insightful catalog seems necessary and relevant, especially for people who fall by the wayside facing life’s difficulties.

D.Ni.L openly lays his cards on the line, showing where he got his reawakening inspiration – “I’m thinkin’ faster than before, writin’ tunes by the score and, to booze, I was a whore – that isn’t the case anymore.”

But at the same time he knows of the dangers up ahead – “Sometimes I borrow from tomorrow, gotta watch it, I know. ‘Cos if the shit hits the fan and I’m tired, there’s one place I go; To the bottom of a bottle with my head in the sand…” The thundering power is driven by D.Ni.L’s primal, unmistakable guitar riffs, while his lyrics and flow deliver the fire.

Sturdy and strong as a stone wall, while also mixing sharp riffs with melodic passages and the simple message of uplifting through music, there’s nothing missing here on “Glue”. It’s energizing and unique, and it’s got what it needs to get the fans going.

When D.Ni.L raps or sings his words, I believe that that’s what he thinks, because he puts his emotions and his heart to what he does. He comes across as dedicated to moving his life and career to the next level. This is a bombastic and explosive listening experience!

The Sun King: “Fuck SoundCloud III” – a willingness to innovate