Singer-songwriter Doug Hawco is based out of Halifax, Nova Scotia, Canada. Doug initially started out on George Street in St. John’s, Newfoundland, performing almost every day and night of... 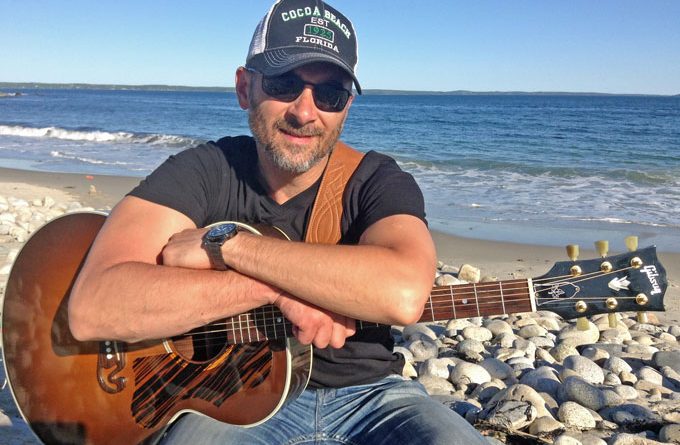 Singer-songwriter Doug Hawco is based out of Halifax, Nova Scotia, Canada. Doug initially started out on George Street in St. John’s, Newfoundland, performing almost every day and night of the week. In 2000 Doug started performing in Vancouver in the winter months and back in St. John’s throughout the milder seasons.  He moved to Halifax in 2003 to record his first album, “My World” and started performing throughout the Maritime Provinces over the following years. Doug’s second album “Life on the Water”, earned him a nomination at the 2017 Josie Music Awards for “Artist of the Year” in the Folk/Bluegrass/Americana category. “Follow”, Doug’s 3rd full length album is due out in 2018 and one of its yet unreleased singles “Beach Time” has already been making waves on the radio. 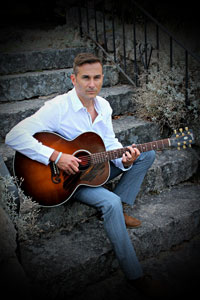 There is something almost otherworldly about Doug Hawco’s music, as though it fell through the interstices of the parting clouds from another musical era – sounding beautiful, yearning, shimmering, and a just a little edgy.

Doug occupies his own space, his own time. I don’t even know half the words to describe it and I don’t know if I need to – the feeling of his music is what first struck me; the ambience and emotion, amid acoustic-guitar driven arrangements speak to me musically, in the same way the legendary singer-songwriters from the sixties do.

Doug Hawco’s mellow soundscapes and contemplative lyrics are meditations on life, love and existence. The mixes glow like daydreams you have while lying under a clear night sky as you stare up at the stars. Doug is full of ideas, driving melodies and heart-on-your-sleeve stories, without the music ever feeling contrived or over-thought.

While the Folk-Americana essence lies below and often comes through in its truest form, the sonic developments in Doug’s music sometimes take subtly diverse paths. And he has once again stepped up to the next level on “Beach Time”. 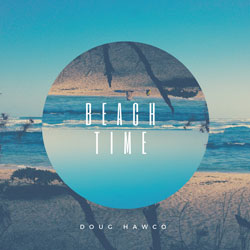 “Beach Time” is almost too easy to love. It is so familiar in some places – a representation of popular acoustic music with just enough little twists to make it sound different.

Doug weaves a majestic soundscape with harmonic timbres and textures that are pleasing to the ear, while the deceivingly simple lyrics beg for attention just as much as the music. In fact, every Doug Hawco track tells a story, which almost always implies more than can be gauged at face value.

The ear-catching melody and evocative lyrics make it easy to imagine diverse vistas, but even if you don’t know what they mean, you’ll know how they feel. With strong imagery and a quiet confidence, the beauty that Doug Hawco injects into the song’s rawness and simplicity, delivers the type of relevancy that singer-songwriters strive for.

LOST GRAVITY: ‘How to Make a Giant’ – a fiery high-voltage cauldron!