The first thing you notice about the song “Superman” is the voice. Rather, a voice, belonging to one called ness. Luckily, the artist’s name completely betrays his vocal presence... 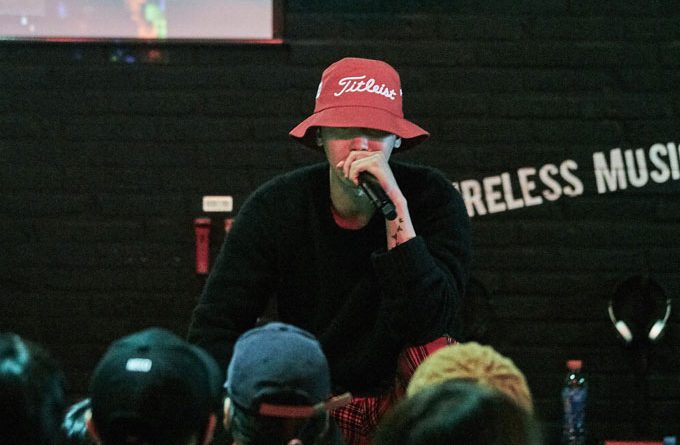 The first thing you notice about the song “Superman” is the voice. Rather, a voice, belonging to one called ness. Luckily, the artist’s name completely betrays his vocal presence and apparent talents, as any first time listener is apt to find out quite hastily. Indeed, his catchy, melodic and soulful tones create an aural fingerprint that is arguably second to none in the current sphere of both underground and mainstream music. “Superman” is a triumph of pop song structure and evidences total mastery of aural relaxation. For a track meant to capture mass attraction, there can be no higher aspiration.

The artist’s inherent instrumental talent and vocal ability, allow him to dip his toes in a whole host of currently prevalent sounds without wholly seeming to pander to the mainstream like so many artists must these days. This isn’t to say that he’s not doing so, only that ness is able to hide it to a great degree by using his abilities as an artist.

He is an ambidextrous musician and producer who basically is carving out an entirely singular musical lane for himself. He sings, raps and mixes various urban styles into his own flavor.

A Korean-American born in Seoul, ness grew up in NJ and then went to school in Tulane in New Orleans. He was also a contestant in a popular Korean rap program called Show Me The Money (Season 6). Here ness pulls out all the stops on his newest project.

He takes the raw skill that he already has, and creates a really clever, hooky track built upon a dancehall rhythm that is so elegantly subtle, you won’t realize it is such until the second or third verse. He starts us off with a gorgeously airy intro and then straight away hits us with the irresistible hook.

The understated energy is impressive as the repeated hook adds captivating flair to an already exquisite listening experience. After hearing some other cuts in ness’ catalog, I can truly say that “Superman” sounds like his most focused and consistently clever record to date.

The song’s melody, and ensuing vocal harmony in the hook, is so contagious, to the point that I just kept hitting replay. My fandom for ness’ music will only grow from here. On running through ness’ R&B and Rap filled catalog, it’s clear he knows his way around the club, but his scope on “Superman” has expanded to what’s going on outside. And while we’re not exactly sure where it’s going to take him eventually, he sounds really, really good getting there!

Sulay: “M.V.P.” bring his own flavor to the table