New Saint: “Since You Left” – an artful singer-songwriter

New Saint is an independent R&B singer/rapper from Calgary, Canada. He released his debut single, “Since You Left” in October 2017, which gained some attention after Instagram celebrity &...

New Saint is an independent R&B singer/rapper from Calgary, Canada. He released his debut single, “Since You Left” in October 2017, which gained some attention after Instagram celebrity & Youtuber @fruitypoppin featured the song on her profile. New Saint is currently working on a debut EP, set to release Summer 2018. Can’t say that I’ve ever before heard anything as casual, engaging and relaxing in the genre in a while. Especially considering this is a melancholic and sad song break-up song. 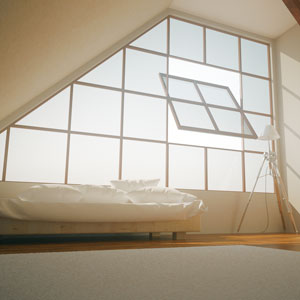 New Saint is a wonderful wordsmith and delivers his music with unfailing grace and style at all times. His sensitivity, care, and love of the music is easily evident and hugely enjoyable. One can’t help but sit back and ease into the melody.

The instrumentation on this track is sparse – primarily keys with some percussion backing. That puts the emphasis on New Saint’s vocals and the song’s lyrics, which is where it needs to be. As a vocalist, the Canadian artist is somewhat of an anomaly these days.

Most vocalists get attention by displaying a stratospheric vocal range or by screaming like angry 12 year old. New Saint is not a screamer. Understated is the word that best describes his vocal style, which is why I keep using it.

In that regard, he reminds me kind of like a jazz musician, where tones, timbres and nuances are imperative in coloring a song. As opposed to essential elements required in urban music. Listen to New Saint sing “Since You Left” and you’ll hear the similarities.

He has a mellow tenor that conveys both vulnerability and emotion. His voice often trailing into a cool groove that forces the listener to lean in to hear what New Saint is saying, and that’s fine.

A lot of singers who scream and employ a multitude of verbal acrobatics to communicate, do so to obscure the fact that they don’t have a whole lot to say. New Saint seems confident that his lyrics can withstand a close listen. “Since You Left” proves that his confidence is well founded.

New Saint, is an artful singer-songwriter who harvests a series of emotional rhymes, while dreaming up eloquent literary imagery and combining it with the right musical accents to create a timeless track. The intensely personal nature of the track lays bare New Saint’s thoughts on a complicated relationship. This melodious tour de force checks every box and will get in your head and not go away.