Roman Kharkovsky: “Tales Of Kharkov Through The Eyes Of My Nightingale”

Roman Kharkovsky is described as “an entity of higher spiritual intelligence that belongs to Kharkov, city of Ukraine, and keeps playing music through the winds of Kharkov to the... 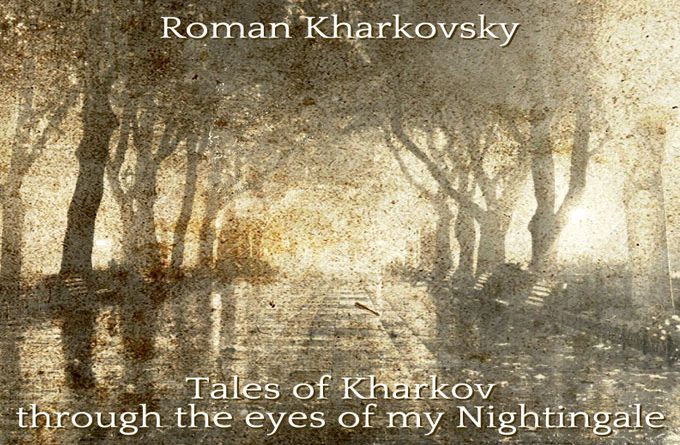 Roman Kharkovsky is described as “an entity of higher spiritual intelligence that belongs to Kharkov, city of Ukraine, and keeps playing music through the winds of Kharkov to the Dnieper River to the Carpathian Mountains, and all the way to the Black sea.” The artist’s original country of birth is Pakistan, but Roman’s music is dedicated to Ukraine in this instance. It’s interesting to note that the artist wrote this music based around a region he had not personally visited until I think about a year after the release of the album “Tales Of Kharkov Through The Eyes Of My Nightingale”. You could call him an ambient artist, an experimental musician or even a drone specialist, either way I think that Roman Kharkovsky is simply a free spirit, a creative trailblazer who creates music his soul wants him to make. Expanding into soundtracks for expansive, life-shuddering, paradigm-shift inducing art. Ethereal. Exciting. Portentous. There is a fair chance that you’ll finish the record changed, even if that change is only slight. 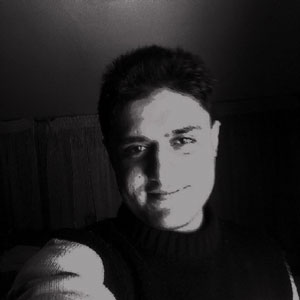 This is an album built on tones and textures rather than on structures. So don’t expect conventional stuff like verses, bridges and choruses. “Tales Of Kharkov Through The Eyes Of My Nightingale” is constructed on a completely different plane.

The tracks don’t unfurl so much as ripple and resonate with a measured pace, keeping its ominous tenor constant. Listening to them intently is like being in an isolation tank, in that their all-encompassing vibrations and industrial flourishes have a way of piercing the mind.

These ambient pieces seem to encourage internal conversation. There’s great value in such listening, too, something that lasts beyond the visceral sensations of sub frequencies and the energy of blasting sonics. Music that’s patiently and thoughtfully crafted as a work of endless possibility, in effect alters time and perception.

“Marching to the Blue Gates of Kharkov” lasts for as long as the listener needs to unravel their mind. In composing such a piece, Roman adds yet another page to the ambient music canon.

Though almost 5 years old, this album sparks off new musical roads and forms of creativity, harnessed through new methods and forms of thinking, but there’s a continued musical sensibility embedded even throughout the dissonance. This effectively provides a whole new approach to ambient and drone music.

The songs capture a mixture of gentle nihilism and joy, sensing an ending but offering escape at the same time. A euphoric melancholy, if you will. Almost all of these sensations are captured in “Sleeping with the Winds that lie above the Clouds of Kharkov”. 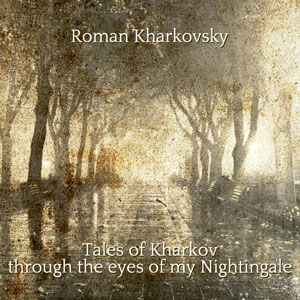 Ambient music has always been a difficult one to put your finger on. Lacking the immediacy of your more traditional genres, its appeal is that of nuance and of subtlety, and the almost insidious way certain melodies or refrains permeate ones’ thoughts, as if they’ve been there all that time.

The same is true about “The Dance of the Wind Serpents above Kharkov and below the Sun-Summer Festival”. Percussively repetitive and cyclic, your brain seems to manufacture its own melody to fit the recurring rhythm.

As “Ceremony of the Serpents in the Red Fog next to the Red Gate of Kharkov” begins to unravel itself, it feels somewhat torn, unable to settle on a particular mood or aesthetic, moments of almost extreme ambience allow the track to hover, only to be pulled begrudgingly to the fore with occasional moments of discordance before fading backwards into an eerie silence. It’s only after a couple of listens that the piece really begins to take root in your conscience.

While it isn’t an album without narrative, each of its tracks feel like more of a soul-bearing immersive experience, offering up a different facet of Kharkov as Roman Kharkovsky visions it in his imaginary world. The album closes with a final more somber number, “The Pain That Was put in the Eyes of Kharkov” inflicting a gauzy haze around the album before it is put away to contemplate again later.

So many things shape, evolve, and then transform in a mystical way over the course of the recording that it will hold up for each listener to last their respective lifetimes.  This is essentially a very personal album and I doubt that Roman Kharkovsky’s narrative will match yours, or mine, for that matter, and rightfully so. The only thing we will all share in common from the outset, are the song titles, from which point onward, our souls will take us on our very own journey across Kharkov.