Fig Man and the Flummoxed Wasp is a concept and project by the multifaceted and experimental Mexican artist, Daniel Figueroa, whose art revolves around literature and music. He has completed... 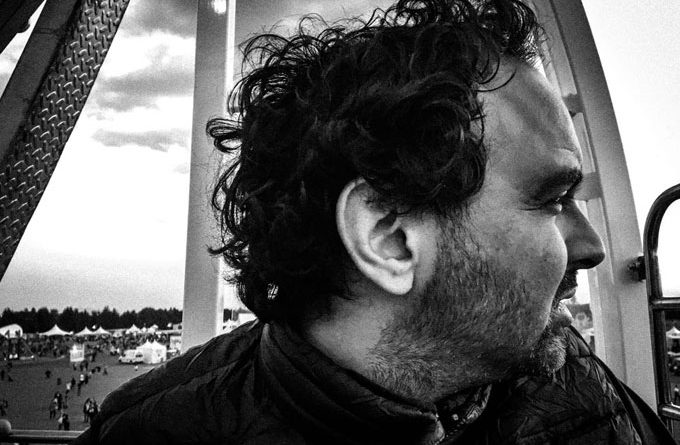 Fig Man and the Flummoxed Wasp is a concept and project by the multifaceted and experimental Mexican artist, Daniel Figueroa, whose art revolves around literature and music. He has completed composition and production studies in Tijuana’s Music Conservatory and the G. Martell music school. He has also followed literature studies in the UDLA-Puebla and UNAM. Daniel, whose influences go from the classical baroque period, through to jazz and fusion, psychedelic and progressive rock, as well as modern avant-garde composers to some of today’s electronic producers, has been building up a prestigious curriculum.  He has created original music for the painting exhibition ‘Secreto de piedra’ (Stone’s secret) by the teacher Aliria Morales at the Cuban Embassy in Mexico and at the Israelite Sports Club in 2006. Daniel also participated annually in the experimental noise festival ‘Matando el miedo’ (Killing fear), with Holos – Mauricio Beltrán at ‘Museo de la Ciudad de Querétaro’ for 6 years since 2008. He was also responsible for the production of ‘Música entre Volcanes’, a rock festival in Ozolco, Puebla in 2016.

Daniel Figueroa’s project Fig Man and the Flummoxed Wasp has just released its 10 track album, “Something’s Burning” – an electro-acoustic, instrumental and experimental album. Everything was composed, produced, mixed and mastered by Daniel, independently. He also played all the instruments, which include the piano, synth, bass, accordion, electric and acoustic guitars. The album is to a great extent like a narrative or an adventure. Motifs are used throughout the pieces to give the recording a set of discernible themes.

The diverse melodies weave majestically, delicate one minute, powerful and vibrant the next, always short and concise throughout. Though it would seem out of place, even the accordion works well in the forward thinking jazz and funk based creative concoctions. Fig Man and the Flummoxed Wasp truly delivers an innovative piece of music with its improvisation and dynamic capabilities. 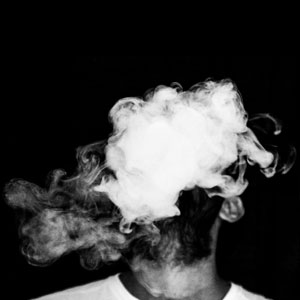 Given that experimental music all too often runs into the trap of effectively just becoming jam sessions with odd time signatures – which isn’t a bad thing necessarily but can become increasingly and annoying complex –  it’s nice to hear something genuinely unique.

Such is the case with many of these tracks here. “Something’s Burning” demonstrates the route of Daniel’s approach as a musician; tasteful, atmospheric, challenging and often quite clearly themed in a particular way.

The instrumentation is definitely extremely skilled, with a series of excellent guitar and bass lines present from various jazz and funk extraction, but with a great deal more eclectic competence and thought being used. Realistically, this is a very hard album to fault, and a difficult one to compare to anything else.

Daniel Figueroa is an artist travelling along a path he himself is forging. Along the way you’ll also hear many nostalgic sounds, like the funky organ in the opening title track, “Something’s Burning”. The hypnotic accordion in the baroque “Within the Marshes of Fallia”, or the resonant bass lines in the funky “Smoke Signals”.

Elsewhere you’ll hear the dirty over-driven lead guitar on “Mad City Squirrel”, the propulsive psychedelia of “Electric Monk”, and the acid fusion of the prominently percussive, “How Does Time Work for You”.

The bass rumbles with a sense of urgency and an air of forewarning, and it’s delightfully unsettling, particularly in knowing that, in a few seconds time, the tables will have turned; the synth becomes an accent to bass and the percussion. The genius lies in knowing that’s not the only thing that’s shifted, because eventually everything is murmuring in counterpoint.

“With All Due Respect” – featuring overdriven guitars, swirling synths and resonant pianos – is rich, textured and complex, but full of motion, excitement and rhythm. “Mostly Harmless” again sees the accordion in an unusual setting, alongside rock guitars and a thick walking bass.

Daniel’s musical presentation is always beyond category, and his sense of the sound in his music comes from a personal perspective that is uncanny. This oblique perspective continues on the agitated guitar crunch of “The Tragic Story of Rumian the Mouse”, and closes off with the bass driven, “The Fig Family”.

If I have to mention one instrument that impressed my throughout this album, it has to be the bass.  Daniel’s execution of funky rhythms, sublime riff progressions and deep fat tones is wholly enjoyable. With impeccable, brilliant engineering, and delightful production, “Something’s Burning” is a fine effort. The overall effect is one of great creative musical presence and driving rhythmic propulsion.

Deja Loose: “Wine” will resonate in your ears!

Kenny: “Set It Off” – smooth vocals along with a creative musical arrangement