Terry Derosier: “Thunderin’ Down The Road” – a foundation of realistic life stories

Terry Derosier simply describes himself as an Americana Folk Rock singer-songwriter who loves riding motorcycle and the great outdoors. In fact the title of his latest EP release is... 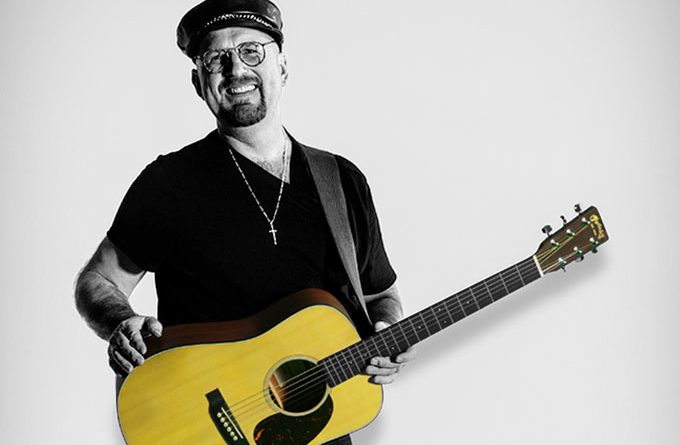 Terry Derosier simply describes himself as an Americana Folk Rock singer-songwriter who loves riding motorcycle and the great outdoors. In fact the title of his latest EP release is “Thunderin’ Down The Road”. Sonically this recording can best be described as carefully constructed adult rock, embracing the collision of catchy hooks and choruses with an intentionally polished sheen. Musically, everything about the album is organically captivating, from its production labors, to the instantly gripping atmosphere tailor made to feed the wide open road. Perhaps owing to his unique persona, Derosier has little time for bloat, pounding out sleek three and a half minute songs that meld perfectly to the popular radio format, fully compensated by rich and smooth Americana arrangements.

The cornucopia of big choruses, melodic organs, backup harmonies, and catchy guitar work is at times epic, but it is overridingly obvious Terry Derosier is shooting for something big on “Thunderin’ Down The Road”, and the overall sound of the album leaves little debate to the legitimacy of achieving that goal.

Although it is nearly impossible to listen to “Thunderin’ Down The Road” without immediately basking in its sonic clarity. The real story of the record resides in its lyrical and storytelling themes. While a great deal of current popular music releases are more concerned with hedonistic themes, Derosier utilizes the pulpit of his music to document his day to day experiences.

“Ten Thousand Ways” talks about his passion for Minnesota, “Restless Dreamer” examines his inability to stay in one place very long, and questions if a person can ever be completely satisfied in life. The title track, “Thunderin’ Down The Road” takes a peak at a motorcycle trip.

Either way, Derosier, sticks to simple straightforward topics that anybody can relate to, providing the album with a foundation of realistic life stories. Terry Derosier pays great heed to self-awareness and mature depth, while his lyrics collide with gorgeous melodies that prescribe lasting musical legitimacy in an era of throwaway tunes.

It’s hard to locate a low point in the EP, as all the songs are memorable, even the quick two-step beat of “Hot Summer Sun” and Desorier’s catchy phrasing on the cute rhymes of “Carolina On My Mind”. Of course it also helps when you’ve got Johnny Lang’s bass player, Jim Anton, and Steve Miller’s drummer, Gordy Knudtson, playing on your album.

After first listening to “Thunderin’ Down The Road”, in its entirety, the listener is left feeling exhilarated and suffused throughout with a sense of satisfaction. There is definitely something soothing about the Folk Rock grooves to be found on this recording, as each performance is as meaningful and musically delightful as one could have asked for.

PrettyBoyBeats: “Bounce That” – giving the people what they want!