Oshi Gagani is a Parse/Norwegian composer, who has a degree in management and sound-production. Oshi has been producing tracks since 2014, and has collaborated with both local and international...

Oshi Gagani is a Parse/Norwegian composer, who has a degree in management and sound-production. Oshi has been producing tracks since 2014, and has collaborated with both local and international artists, songwriters and producers. His first single, “Japanese Ninja”, released in 2015, was a collaboration with Norwegian producer DNCE. Oshi Gagan’s 9-track album “Maedub”, released during 2017, featured elements of Dub, Reggae, Jazz and Electronica. The album was a collaboration with artist like Herbie Kawuma, Audio Audun, Regina Idu, Chris Ivory, E-lab and Momy. The income of the tracks is being donated to the #Lightupfundation to support unprivileged children in Uganda. 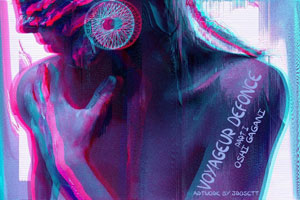 Oshi Gagani is getting set to release his two part release “Voyageur Defonce” during September. The release covers feature artwork by the Minneapolis based digital artist and photographer Jarid Scott, and a painting by Italian artist, Claudio Granaroli. We were privileged to obtain a pre-release copy of “Sozopol” – a track from “Voyageur Defonce Part II” for review.

Oshi Gagani exploration of sounds and his luscious sequencing on his instrumentals suggests far more curiosity and ambition than the quasi-automation of mainstream radio’s fodder. There are rare moments on “Sozopol” when Oshi’s head-spinning and thoughtful production sounds in perfect harmony with the entire universe.

The song benefits from both an irresistible slink of Oshi Gagani’s melodic design and the flirtatious delivery of the horn ensemble. More often, “Sozopol” comes at listeners in alternately slick and thick waves, and a sense of powerful cohesion is accomplished along the way.

If the burden on electronic producers is to establish personality beyond a network of light displays and computer processing, this track gets Oshi Gagani all the way there: It shows him as being unquestionably human. What really impresses when listening to the track, is the sheer density and energy of the arrangement, which comes out sounding smooth and uncluttered. 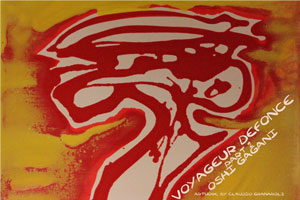 The skill is in knowing exactly where to insert the instruments, and not to just layer them one on top of the other for a rich sound. It is a knack which Oshi Gagani has obviously learned correctly.

Oshi’s warm synths, persuasive percussion and punchy brass hits draw together an extraordinary track that manages to successfully combine the draws of mainstream electronics with the tasteful idiosyncrasies of the Oshi himself. “Sozopol” proves Oshi Gagani is fully capable of generating mass appeal while remaining a distinct and explorative artist in his own right.

“Sozopol” is a straight-up fire-starter, in that it kicks off with the beat already in overdrive, as Oshi Gagani freely pours his production prowess into the three commanding minutes. Expanding the mood and intensity somewhat during its playtime, this track is ridiculously easy to digest and take in.

In that regard it is a masterfully thought-out, and thoroughly impressive release. If it’s true that the careers of top rated producers need hits for marketing buoyancy, then Oshi Gagani could achieves just that with “Sozopol” and the “Voyageur Defonce series.

Lyndon Rivers: “In This Paradise” throws some solid curves into the mix