The Mescaltones is made up of six experienced musicians who came together through their love of cool tones, and get-down-and-get-dirty, Tex-Mex sounds. Their unique style transports you on a... 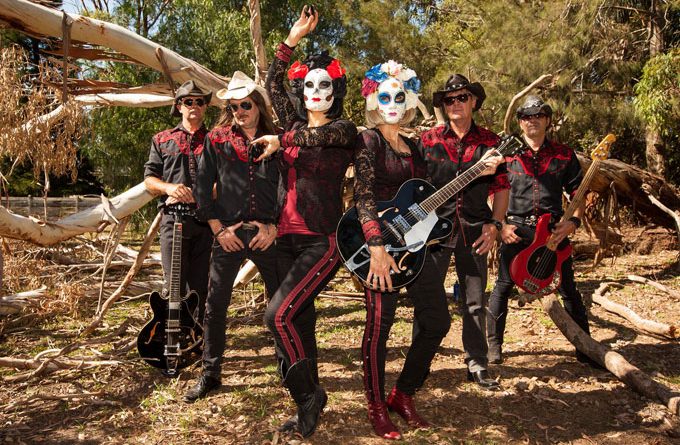 The Mescaltones is made up of six experienced musicians who came together through their love of cool tones, and get-down-and-get-dirty, Tex-Mex sounds. Their unique style transports you on a journey of intoxicating nights south of the border. And no-one comes from more south of the border than these guys and dolls, who drop in straight from Down Under – yep, you guessed it – Sydney, Australia. They explore territory on the border between Southwestern rock, electric Blues and Tex-Mex grooves with a Country twang. Every song on their latest album, “The Mescaltones Second”, is well crafted, beautifully written, perfectly produced, and the performances are incredible. I don’t think there’s anybody doing anything close to these guys, so the standard is their own. And they’ve topped it. Great guitar tones, fantastic songwriting, very moving material here. It’s as close to a perfect record as I’ve heard in this genre blend. The music literally soars. You will move to it, sing along with it, pick up an instrument and do your very best to become integrated within every moment.

The Mescaltones are pure talent, and the musicality is apparent everywhere on this album. Listening to this record makes you realize how many great artists there are out there that you have never heard of. Don Too’s vocals are sharp and smoky, and he has a great stage presence. 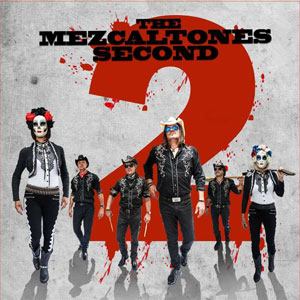 El Shango is a force of nature on the guitar and part of the treat is watching his fingers go into hyper-drive, while Neralita keeps strumming the rhythm. Don Juan on drums and Filthy Lucre on bass make sure the engine is ignited and firing on all cylinders, while Mimi puts the cherry on top adding percussion and vocals.

The Mescaltones are not only technically great musicians, they have wonderful chemistry, and a lot of the live energy is captured on this disc. The opening Spaghetti western medley of For A Few Dollars More / The Good The Bad and The Ugly, comes on strong with the hard-driving beat and twangy guitars, as the band wastes no time launching a relentless aural assault.

From here on out, The Mescaltones almost literally blister the fretboards with their double-tinged guitar attack. The vocals of drives the material meticulously and the rhythm section gives the music a feeling of urgency.

You will be entranced as the record plays through with the crunchy driving rock cut, “I Know My Rider”, the heart-stopping Tex-Mex groove of “Humble Pride”, the sophisticated guitar and harmony smoothness of “Short Change Hero”, the retro-rock flavored “Howlin’ At The Moon”, and the enchanting upbeat rock n’ roll groove of “Na Na Na”.

You will also be captivated by the fast-paced psychedelic instrumental “And The Address” that features some great blues-inflected guitar work, and then finishes as strongly as it began with “Let Love Reign”, a hard-played, fast-moving song with another superb vocal and great guitars. There is not a single mediocre song here, everyone is a gem.

This Texas band is going to be burning up the radio waves soon. They will make their blend of Tex-Mex fashionable. They have gelled as a band with an unequaled intensity. The depth of passion and intensity of dedication to the music is vividly displayed on this album. And from what I can gather, it comes fairly close to capturing what they are like in concert.

“The Mescaltones Second” is a great package, with every song on the recording being as strong as the next one. In addition to the beautiful guitar sounds, The Mescaltones offers up infectiously catchy rhythms and powerful, emotive vocals. So just close your eyes and get lost in the groove and wonderful musical arrangements.